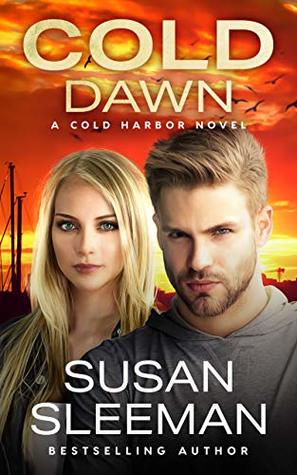 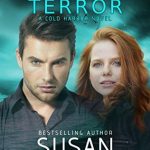 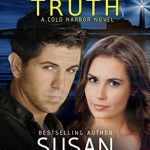 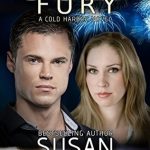 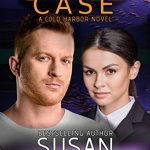 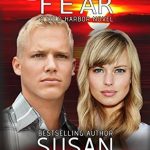 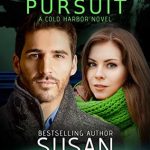 A friend of mine asked me what I was reading this weekend and I held up the book cover and said, “High-Caliber Holiday.” She looked at me funny and said it didn’t sound like something I’d read. But she was, in fact, wrong. I do enjoy a high-stakes, fast paced romantic suspense that keeps the reader guessing. And book three in Susan Sleeman’s First Responders series delivers. 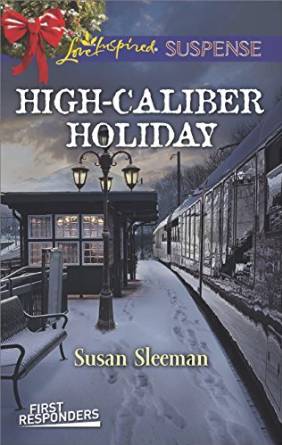 Sniper Brady Owens has begun to doubt himself. After hesitating to take a shot that almost caused an innocent person to become a victim, he’s put in the hot seat once again when a man takes a hostage on the Portland MAX train. And again, he hesitates, leaving the victim wounded. But she is not the usual victim. She is strong, courageous and independent.

When Brady’s co-worker urges him to make certain the victim gets home safely after the incident, she finds another shock waiting her at her apartment. It seems former lawyer Morgan Thorsby is the target of more than one person. In fact, the repeated appearances of the roses and notes indicate Morgan has a stalker.

As Morgan and Brady work together to figure out who is behind the notes and veiled threats, each of them fights the attraction they feel for the other. Each stuck in their own heads, their own pasts. But with the threats getting more pointed and serious, will they wait too long to tell the other how the feel?

Sleeman’s story is full of fast-paced and intense scenes. It’s hard to put this one down. One thing after another stacks on top of another, leaving the reader guessing. Readers of the other books will get to catch up with the FRS team a little, but this is truly Brady’s and Morgan’s story. And a story that speaks to letting go of the past and facing the future. One that gives hope to those who have been hurt in the past and shows that God can give us peace in the present and future.

And I can’t wait to read the next FRS team member’s story. Who will it be next? Jake? Archer? Darcie? I admit, I’m looking forward to Darcie’s story the most as there have been hints dropped along the way in the first three books.

Pick up your copy from your favorite bookseller or order online.

***I was provided with a complimentary copy of this book in exchange for an honest and fair review. All opinions expressed are my own.