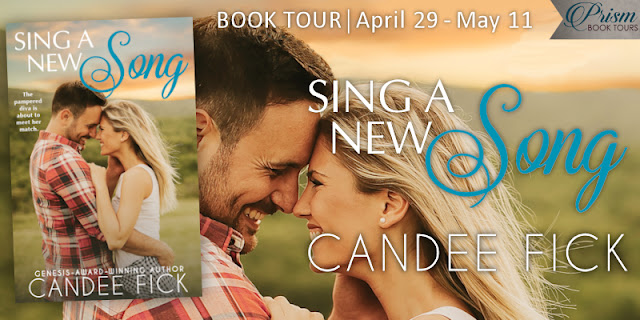 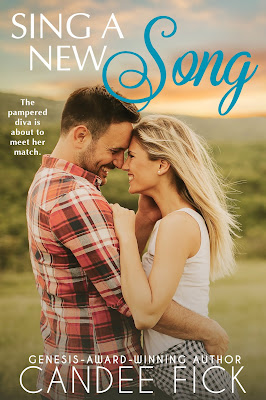 The pampered diva is about to meet her match

Songbird Gloria Houghton has always needed to be the center of attention, but the spotlight has shifted. Seeking fame and a fresh start, she finds a new stage in Branson, Missouri…only to risk being replaced by a manipulative rival. If Gloria can’t be the star, who is she?

Jack-of-all-trades Nick Sherwood is just one leaf on a vast family tree that includes a restaurant chef, hotel owners, and even the headline act at a family-owned theater. He’s seen how fame can blind a person with jealousy and is more than content to stay in the background thank you very much. If only he wasn’t so fascinated–and irritated–by the newest addition to the staff.

After a disaster of a first impression and financial difficulties land Gloria in the humblest of jobs—with Nick as her boss—it might be time for her to learn to sing a new song.

END_OF_DOCUMENT_TOKEN_TO_BE_REPLACED

I’ve enjoy spending time in Robin Lee Hatcher’s fictional Idaho small town. The characters have become familiar and loved. And Hatcher ends her King’s Meadow series with a tale of letting go, of living, of forgiving, that packs a punch.

When Penny Cartwright’s younger brother is killed in a car accident, her world comes crashing down around her. She hadn’t been supportive of his brother’s decision to move to Nashville and pursue his dream as a drummer in a band. And now, she’ll never get the chance to tell him she loves him again. Penny’s goal is to take care of her dad and survive her day-to-day routines. When her hands are occupied and her mind is busy, she doesn’t focus on the pain of her loss. Not until Trevor Reynolds moves to town.

Trevor’s determined to keep his promise to his young drummer and spend some time in Idaho. Unsure of exactly what he’s supposed to do while there, the one thing he’s sure of is that he needs to talk to Brad Cartwright’s dad and sister. And while Rodney accepts him immediately, Penny can barely stand to remain in the same room with him, let alone look at him. What will it take to prove he’s not a bad person? That he’d made a mistake he blames himself for when he allowed Brad to drive in the middle of the night instead of stopping for a hotel? And what was it about her that drew him?

Hatcher delves into the difficult subject of grief and morning as well as forgiveness and letting go of blame—whether for oneself or another. When bitterness is released, true healing can begin.

****Thomas Nelson and NetGalley provided me with a complimentary copy of this book in exchange for an honest and fair review. All opinions expressed are my own.