When Big Ben Joined the Skyline

When the design for A Name Unknown, book 1 in the Shadows Over England Series, was shown to me and I saw the spine for the first time, I was so excited to see the series logo they’d come up with. Big Ben’s clock tower.

Big Ben says London. Which is what the designers were no doubt trying to invoke, as my family of thieves are firmly Londoners. But for me, it was more than that. Because in the third book of the series, An Hour Unspent, that iconic clock actually plays a role in the story.

For starters, a bit of naming. Most of us think of “Big Ben” as the clock, but it’s technically not. Big Ben is actually the bell. The clock is the Great Westminster Clock, though over the years the name Big Ben has come to be associated with the entire structure. So now that we’ve got that straight… 😉

The clock tower was designed by Augustus Pugin and completed in 1859. Pugin was an architect, one who is most remembered for redesigning the interior of Westminster Palace and the tower in question, which has become one of the most iconic symbols of England. Though he also designed the face of the clock, the mechanics of the thing he wisely handed over to someone else.

END_OF_DOCUMENT_TOKEN_TO_BE_REPLACED

Happy hump day. We are now on the downside of the week. Anyone else feel like they wish their life away waiting for the weekends? Well, that and anxiously anticipating new books to read.

I’ve always found something a little bittersweet about series endings. On the one hand, I’m saying goodbye to characters I’ve come to love spending time with. On the other, I’m interested to see the world my favorite authors create next. One of the things I love about books is I don’t have to say goodbye forever to any character. They are waiting for me right there on my bookshelves.

END_OF_DOCUMENT_TOKEN_TO_BE_REPLACED 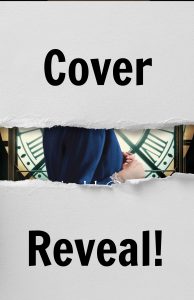 Happy Valentine’s Day! I have an extra special treat for you today! We’re revealing the cover of Roseanna M. White’s final book in the Shadows Over England series (and she’s hosting a giveaway as well). If you’re one of those crazy people who has to have an entire series before you start reading the first book (really, I don’t understand how you can wait because patience is not one of my strong suits), go ahead and stock up on the first two books!

END_OF_DOCUMENT_TOKEN_TO_BE_REPLACED

Edwardian Romance and History Gains a Twist of Suspense

Rosemary Gresham has no family beyond the band of former urchins that helped her survive as a girl in the mean streets of London. Grown now, they concentrate on stealing high-value items and have learned how to blend into upper-class society. But when Rosemary must determine whether a certain wealthy gentleman is loyal to Britain or to Germany, she is in for the challenge of a lifetime. How does one steal a family’s history, their very name?

Peter Holstein, given his family’s German blood, writes his popular series of adventure novels under a pen name. With European politics boiling and his own neighbors suspicious of him, Peter debates whether it might be best to change his name for good. When Rosemary shows up at his door pretending to be a historian and offering to help him trace his family history, his question might be answered.

But as the two work together and Rosemary sees his gracious reaction to his neighbors’ scornful attacks, she wonders if her assignment is going down the wrong path. Is it too late to help him prove that he’s more than his name?