Sewing in So Cal

I can’t wait for Sarah Monzon’s Betsy, the fifth and final book in the Sewing in So Cal rom-com series. 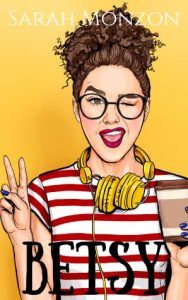 That being said, what am I supposed to do with Asher North, lead singer of the band True North and my new boss? My glares don’t intimidate him, and my sarcasm only seems to draw him closer instead of pushing him away. The longer we’re on tour together, the less my rules make sense. And the more he looks at me the way he does, as if he can see right through the wall I’ve so diligently constructed, the more I want to throw those rules right out the window.