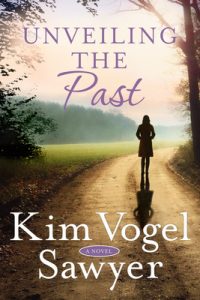 END_OF_DOCUMENT_TOKEN_TO_BE_REPLACED

Happy Wednesday! How is March treating you so far? Are you ready for Daylight Savings Time this coming Sunday? I am. It will be wonderful to leave the office and still have an hour or so of daylight to enjoy! I just realized this, but the book I chose to highlight this week is all about light!

April McGowan’s Hold the Light was an absolute favorite of mine in 2017. In April, we get to read the story of the best friend!

END_OF_DOCUMENT_TOKEN_TO_BE_REPLACED

When I read Mylissa Demeyere’s debut The Songs Of You and Me,  I was surprised to find out at the end of the book there was going to be a follow up starring Ainsley (more about that from the author below). She’s not a very likable character in the first book but there are definitely always two sides to a story and I hope to find out what Ainsley’s is very soon!

The Songs That Brought Me Back

Have you ever made a mistake? One so monumental you lost everything? I did, and I hate myself for it! All I want to do is close my eyes, and let the darkness consume me. Make it all go away. The end.

Ainsley is drowning in the depth of her despair. One wrong decision left her alone, with only regret as her constant companion. To escape it all, she makes another choice. One she hopes will end everything. Instead, she’s thrown into a whole new world filled with opportunities she doesn’t believe she deserves.

Ethan gives the appearance of breezing through life. But underneath his bright facade, he’s scarred by loss. When fate leads him into Ainsley’s world at the exact moment she needs someone the most, he can’t ignore the chance to right the wrongs of his past.

Ainsley and Ethan will struggle to help each other heal and start anew.

They’ll learn that the secret to conquering their pain lies within their power, if only they can do it together.

Sometimes the ending is really the beginning.

Why I wrote Ainsley’s story (from Mylissa Demeyere)

Did you know that every forty seconds 1 person dies due to suicide? That’s close to 800,000 worldwide, each year. There are indications that for each adult who dies of suicide there may have been more than 20 others attempting suicide. That’s an estimate of 16,000,000 attempted suicides worldwide amongst adults. (Source: The World Health Organization).

Five days shy of my sixteenth birthday, my father’s body was found after he had killed himself. Needless to say, it wasn’t the sweet sixteen it could have been.

That event had quite an impact on my life and how I decided to face the challenges I meet.

When I wrote The Songs of You and Me, I delved into Jackson’s past. He got to tell his side of how Ainsley’s choices affected him. I never felt I could leave her tale untold. Each story always has at least two sides to it.

Why does a person make such horrible choices as Ainsley did? What drives them to such selfishness? And does a person like Ainsley have it in her to redeem herself?

My dad made the choice not to fight and right the wrongs in his life. It not only ended his life; it impacted many other lives.

Ainsley’s story is my way of showing you what can happen when people who make mistakes decide to try and do better. Because everyone deserves a second chance to right the wrong and start over again.

This is Ainsley’s story of what happens when you choose to not give up.

I hope that whomever reads this, will realize that we all, at one point in our life need and deserve second chances. When we take those chances, and turn our lives around, miracles can happen. I have seen it firsthand and the stories that follow are beautiful. Not perfect, but definitely worth living.

Even when life seems dark, lost, and like there is no other way than ending it, there is ALWAYS another option.

To everyone who has ever felt like there was never another way, this story is for you. My dad didn’t take the other way, but I hope you will find help. Life isn’t always perfect, but it is a wonderful gift. Definitely worth fighting for.

Mylissa Demeyere was born in Belgium, and resides in the beautiful city of Ghent. She lives in a somewhat organized home with her four beautiful children and the love of her life. If she isn’t working, she’s writing, running, reading, or enjoying time with her kids, who are growing up way too fast.

The Songs That Brought Me Back is her second novel in The Songs Series, with a third book releasing in the middle of 2019.

Open only to those who can legally enter, receive and use money sent via Paypal or gift codes via Amazon.com. Winning Entry will be verified prior to prize being awarded. No purchase necessary. You must be 18 or older to enter or have your parent enter for you. The winner will be chosen by rafflecopter and announced here as well as emailed and will have 48 hours to respond or a new winner will be chosen. This giveaway is in no way associated with Facebook, Twitter, Rafflecopter or any other entity unless otherwise specified. The number of eligible entries received determines the odds of winning. This giveaway was organized by Kathy from I Am A Reader and sponsored by the author. VOID WHERE PROHIBITED BY LAW.