About The Returning by Rachelle Dekker 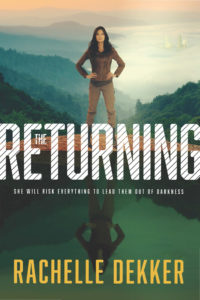 Twenty years have passed since Carrington and Remko Brant’s baby, Elise, was kidnapped and they were forced to leave her captive in the Authority City. Though they fled with the Seers far from Authority reach, they’ve never given up hope of rescuing their daughter from the man who betrayed them. Now Authority President, he’s ushered the city into a new era of “peace”–one where the Scientist Roth Reynard’s Genesis Serum has eradicated all memory of emotion or rebellion.

But the mysterious Aaron and his Seers are once again on the move, threatening the illusion the Authority has worked so hard to build. As the Seers send seven chosen warriors to rescue Elise and bring restoration to the Authority City, the lines are drawn for a final battle between light and darkness. The key to ultimate victory may rest within the strangely powerful girl who has felt forgotten but was never abandoned–a truth she’ll need to wage war against the powerful forces of evil.

First, I loved that the third and final Seer novel begins with Carrington and Remko Brandt. Too often books just jump into new characters and I feel like I need a refresher from what happened in the last book that I read over a year ago. This wasn’t at all the case with The Returning. In fact, the first chapter is both a reminder of what happened in The Calling but also an introduction to the story that is about to play out. 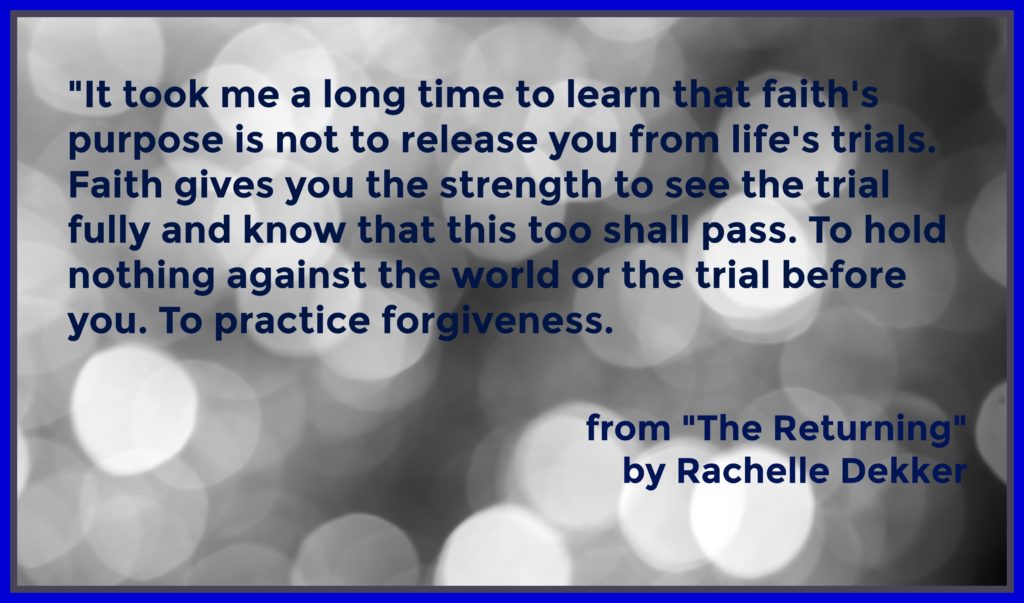 Shame. Fear. Doubt. Emotions that draw us away from God, away from the light. In the finale of Rachelle Dekker’s Seer trilogy, readers are reminded of this fact over and over again. As each character in the books goes through their own journey, much as each of us does, they are reminded that the light has always been with them. That they are not alone. That the light within is greater than anything that comes against them.

A story that clearly draws the lines between good and evil, God’s love and Satan’s lies, the light and the dark, and the choice that each person must make. Fast paced with scenes built in to let the reader breathe, The Returning is the perfect conclusion to a trilogy that started with a young woman who was not chosen with a future of servitude in front of her and ends with more than she could have ever imagined. God not only changes lives, he changes futures and gives us identity and purpose. 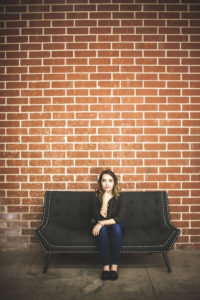 The oldest daughter of New York Times bestselling author Ted Dekker, Rachelle Dekker was inspired early on to discover truth through the avenue of storytelling. She graduated with a degree in communications and spent several years in marketing and corporate recruiting before making the transition to write full-time. She lives in Nashville with her husband, Daniel, and their diva cat, Blair. Visit her at www.rachelledekker.com

More about the book (in the words of Rachelle Dekker)

The Returning focuses on Carrington and Remko’s daughter Elise. Tell us more about Elise’s character and her growth throughout the book.

Elise starts the book in a pretty dark place. She grew up without parents, believing she was abandoned, only to discover there’s an entire world that has been kept from her. Her journey can be divided into two parts, in my opinion: first, learning who she really is; and second, learning how to live that out. It’s the same journey we all take, and I believe that makes her pretty relatable.

The theme of identity is explored in all three Seer books. How does forgiveness relate to identity?

For me, forgiveness is more about the one who feels wronged than the one who committed the wrong. What if, for a moment, you believed that nothing could harm you? That you, as a believer, are seated at the Father’s table and standing with him? Can anything harm the Father? If you believe no, then can anything harm you—the true you, the true spirited self? So then, forgiveness becomes more about letting go of false belief and stepping into the true identity that the Father gave to you. I know it’s radical, but belief like that could change the world, don’t you think?

How do you hope this book will resonate with your readers?

I hope, as with both of the other books, that the reader sees themselves in the characters and that the story causes them to look inward. To ask hard questions like, Who am I? What am I capable of? Do I see myself the way the Father does? Can I? I hope it challenges their idea of identity and then gives them hope to see themselves and others more clearly. Because that’s how these stories have impacted me, and we are all really just the same.