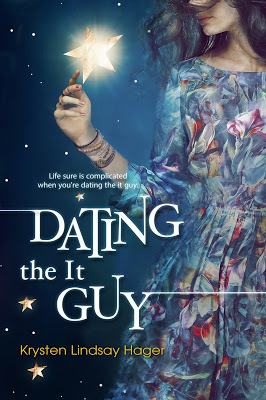 Emme is a sophomore in high school who starts dating, Brendon Agretti, the popular senior who happens to be a senator’s son and well-known for his good looks. Emme feels out of her comfort zone in Brendon’s world and it doesn’t help that his picture perfect ex, Lauren, seems determined to get back into his life, along with every other girl who wants to be the future Mrs. Agretti. Emme is already conflicted due to the fact her last boyfriend cheated on her and her whole world is off kilter with her family issues. Life suddenly seems easier keeping Brendon away and relying on her crystals and horoscopes to guide her. Emme soon starts to realize she needs to focus less on the stars and more on her senses. Can Emme get over her insecurities and make her relationship work? Life sure is complicated when you’re dating the it guy.

Besides mining her teen years and humiliating moments for her novels, Krysten is also a book addict who has never met a bookstore she didn’t like. 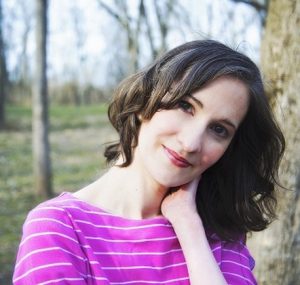 Krysten writes about friendship, self-esteem, fitting in, frenemies, crushes, fame, first loves, and values. She is the author of True Colors, Best Friends…Forever?, Next Door to a Star, Landry in Like, and Competing with the Star (The Star Series: Book 2). Her debut novel, True Colors, won the Readers Favorite award for best preteen book. Krysten’s work has been featured in USA Today, The Flint Journal, the Grand Haven Tribune, the Beavercreek Current, the Bellbrook Times and on Living Dayton.

Emme Trybus is a typical teenage girl with parents who are both too interested and little odd, best friends she hangs out with, and some boy trouble. But her favorite person—her grandmother—is in the hospital and her grandfather seems to forget where he is a little more often than comfortable.
As Emme navigates her family issues as well as dating the most popular guy in school, her home life and insecurities from her previous relationship keep getting in the way.
Krysten Lindsay Hager reminds readers of the angst of adolescence: the doubts, the relationships, the assumptions—as well as the hardships of growing up in a way that both frustrated and encouraged me. Emme makes some poor choices sometimes, turns to the wrong people for support, while doing her absolute best to be there for the family she loves.
Dating the It Guy is one girl’s journey to trusting herself, letting go of hurts she’s hanging on to, and growing up even when life is painful. It’s a story of family, friends, and finding yourself. It’s a story of discovering connections and seeing yourself through someone else’s eyes.
My Rating:

1. The story was inspired by watching a bio of JFK Jr. However, it was a video of Carolyn Bessette Kennedy’s ex-boyfriend doing kind of a shy, humble thing that had me thinking about Brendon’s mannerisms. There’s a wink to that in the story where Emme says there’s an ad that’s been in a locker for years of a male underwear model.

2. The high school Emme attends is actually based on my own. Even the bathroom she hides out in is the bathroom that was across the hall from my journalism class. And yes, I hid out there myself on occasion.

3. The book actually started out as a short story I wrote in a college creative writing class. My prof said the story had a J.D. Salinger feel to it (Franny and Zooey, which I hadn’t read at the time), so I always thought I’d end up expanding the story into a novel.

4. That college creative writing class was the basis for the high school course Emme takes. The Rory character came about from all the sarcastic comments my friends would make during class. I was picturing a modern-day version of Edie Segwick as I was writing the Rory character.

5. The bookstore Emme and Brendon visit in Detroit is actually John K. King Books. I was obsessed with this place when I lived in Michigan and I would visit to the downtown and Ferndale locations whenever I had a research paper. It’s a huge building that used to be a factory and now it’s full of books!

6. I never say what political party Senator Agretti belongs to and it’s interesting as I hear people assuming different things.

7. The Sweetie Gals singing group Brendon and Emme talk about is based on the Spice Girls. That whole bit about Brendon being a fan came from an interview I did years ago with a hockey player named Mike Knuble who said he had their album when I asked if he had anything on his ipod he was embarrassed of and he said he had a Spice Girls album.

8. I actually turned in the first few chapters of the story as my grad school final for a children’s literature class. My prof loved it and gave me great feedback, so I had a great foundation to work from.

9. I named Margaux after Margaux Hemingway. I had been reading about her and how she put on a very confident front, but there was an insecure, almost little girl side to her. I blended this with characteristics of some incredibly self-assured girls I knew to create a character who has an overconfidence to her that is masking something.

10. My own experiences with a family member with dementia inspired where the scenes with Emme and her grandpa—likewise the info about the living will. I figured if I had to go through something so difficult a few times over then maybe I could use it to help someone else.

I took a drink of water, and it dribbled down my chin. Lovely—I was sure all the girls at the country club drooled openly. Brendon walked over to my side of the court and asked if he could have some of my water because he had finished his sports drink. I never share drinks since I saw a story on the news about how meningitis was spread through stuff like that, but I handed him the bottle. I was surprised he’d want to drink after me, but maybe he was a step away from dehydrating, and it was between sharing my spit or death.

“Hey, stranger. Haven’t seen you around lately,” she said, putting her hand on Brendon’s arm.

“What have you been up to?” she asked.

I’ve seen dogs chase the mail carrier with more dignity. Brendon shrugged and said he had been busy. He introduced me, and her eyes darted over to me just long enough to size me up. I hated girls who acted like having another female in the room was competition.

“Well, give me a call sometime,” she said, walking away.

What was her problem? She didn’t know whether or not we were dating. It was like it didn’t matter if I was his girlfriend or not because I wasn’t “good enough.” 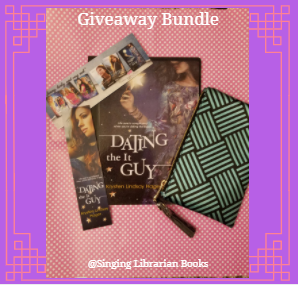 Giveaway bundle includes: A Dating the It Guy journal, bookmarks, and makeup bag.

In Larger-Than-Life Lara, Dandi Daley Mackall approaches a difficult subject, one that is a life lesson every child should be taught at a young age, with grace, care and a pinch of humor. A book that should be required reading in every school class 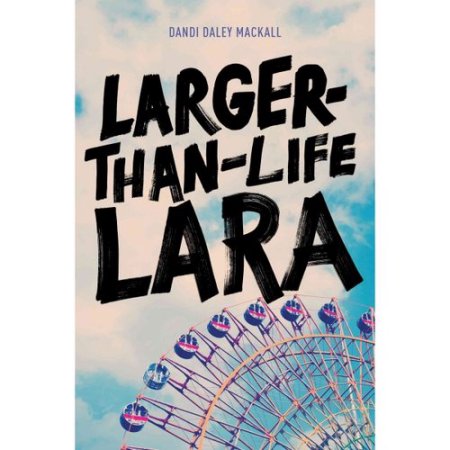 room, Lara handles herself well in every situation—well, almost every one.

What’s even cooler about this book is it not only deals with the topic of bullying but it also teaches readers the different parts of telling a story as each chapter deals with one of these elements (Dialogue, Setting, Rising Action, Details, Cliff-Hangers, and Climax are all addressed).

Ten-year-old Laney Grafton is a tad relieved when the new girl enters her classroom because everyone’s mean words and teasing shifts away from her and onto Lara Phelps. But here’s the thing about Lara: she doesn’t react like she should. Nope. Instead, Lara accepts the bullying and returns each action with a kindness. And while the storyteller (Laney) doesn’t intervene, she does begin to change. As will every reader of this book. 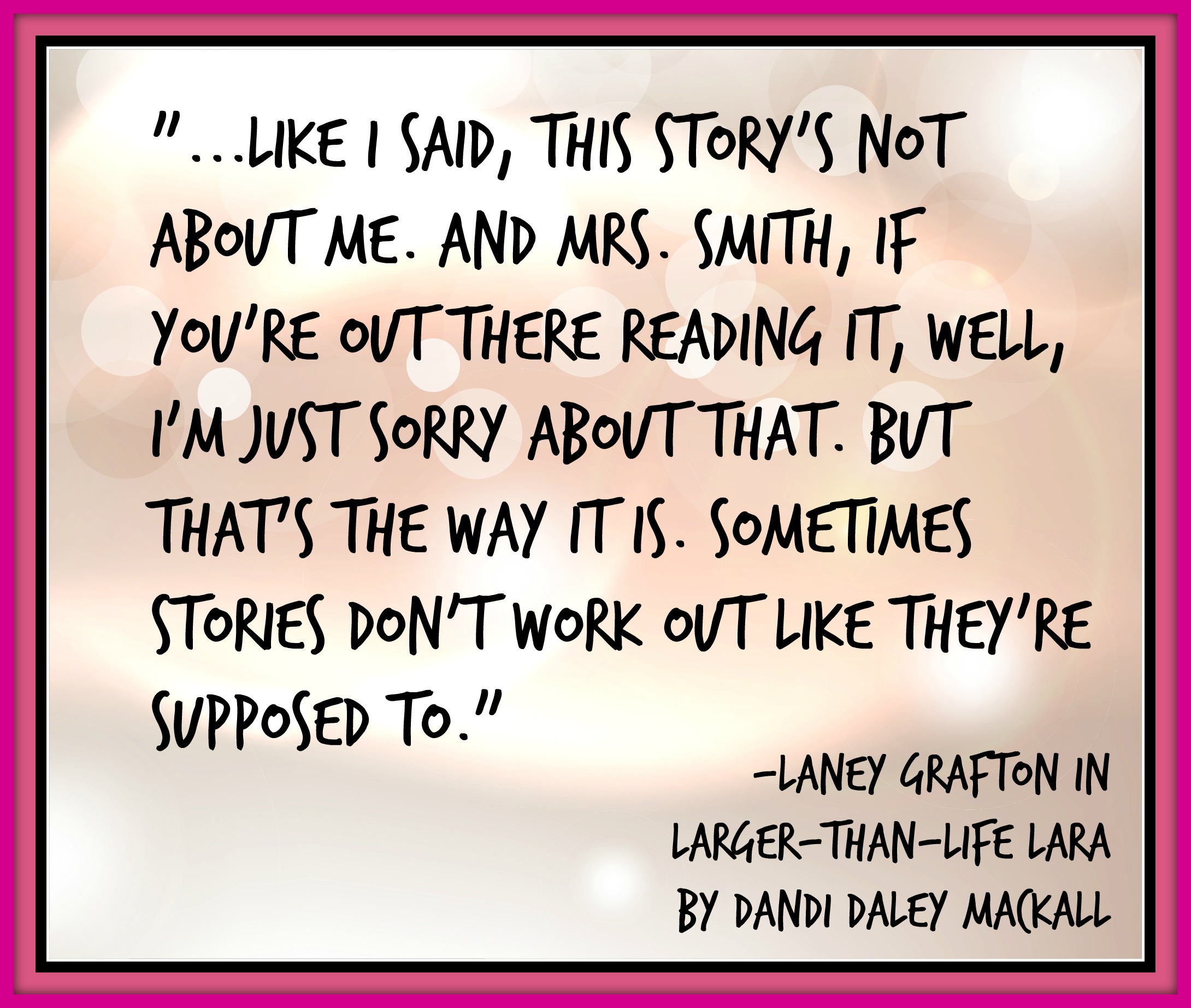 As a reader, I felt Laney’s hardships as well as Lara’s as I was taken along for the ride through the eyes of a fourth-grade girl shares a story through her eyes. The author portrays this excellently through the writing of the story. I was there in that class room with Laney and as she shares this impactful time in her life all the while commenting on what’s she’s learned about telling a story. And the results are sometimes humorous, sometimes heart-breaking, but always memorable.

****I receive complimentary books for review from publishers, publicists, and/or authors, including Netgalley. I am not required to write positive reviews. The opinions I have expressed are my own. I am disclosing this in accordance with the Federal Trade Commission’s 16 CFR, Part 255. 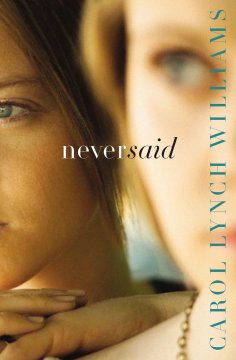 Sixteen year old Sarah has spent her life in the shadows—the shadows in the halls of school, the shadows of her family, and mostly in the shadow of her out going and vibrant twin sister, Annie. With crippling social anxiety, Sarah panics when she has to perform in front of a group, speak with someone or any attention is placed on her. The only person she has felt like she can be herself with is her boyfriend. Then one day, Garrett breaks up with her and Sarah is left alone. And even though Annie has quit competing in beauty pageants, gained weight, chopped her hair and added piercings, she still gets all of the attention from her parents. Over the course of one week, Sarah and Annie start to do something they haven’t done in years: talk to each other. And through those conversations and time spend together, Sarah feels heartache, pain, anger, and hope with Annie by her side.

Let me just say this…Wow!! What an emotionally charged book. While this book is not overtly Christian (there is no mention of anyone in the family having a relationship with God or even going to church but there is one passing mention of Christ), it is an excellent study on strained relationships. Familial relationship, friendship, romantic relationship, and academic relationship are all included. As Sarah spends time with Annie, she begins to learn her vibrant, outspoken sister is hurting too. She finds the desire and courage to protect and defend her sister, to stand up for injustices done to her. The guilt from not knowing pressures her—shouldn’t twins feel when something is wrong? With narrative told from Sarah’s perspective and poetic diary entries from Annie, the whole story is slowly revealed to the reader, leaving them torn open and hurting with both of these sisters by the end. I highly recommend this book for anyone struggling with sibling relationships and for any teenagers struggling to find their place in the school hierarchy. I also recommend you read it with a box of tissues near.

***Zondervan and BookLook Bloggers provided me with a complimentary copy of this book in exchange for an honest and fair review. All opinions expressed are my own.