If you hang out with me long enough, it won’t take long for you to know that I am a fan of (maybe a bit obsessed with) Jane Austen. So, if there’s even the slightest reference to Jane, that book automatically joins my TBR. Granted, I should probably just start an entirely separate TBR list for these books!

Today, I’m spotlighting one such book in The Marriage Pact book blitz hosted by the wonderful I Am A Reader. This book is one I’ve already added to the aforementioned list. Check out the book details and excerpt below. Don’t forget to enter the giveaway before you go. Are you really going to turn down the chance to win that $100 gift card and make a dent in Austen-adjacent stories?

END_OF_DOCUMENT_TOKEN_TO_BE_REPLACED 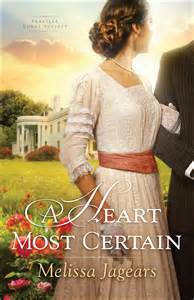