Can’t-Wait Wednesday is a weekly meme hosted at Wishful Endings to spotlight and discuss the books we’re excited about that we have yet to read. Generally they’re books that have yet to be released. It’s based on Waiting on Wednesday, hosted by the fabulous Jill at Breaking the Spine. If you’re continuing with WOW, feel free to link those up as well! Find out more here.

It’s time to turn our attention to warmer days that seem to last longer with the sun shining a little later every evening. One book I’m looking forward to spending some time out on my patio with is Melanie Dickerson’s retelling of Alladin…

END_OF_DOCUMENT_TOKEN_TO_BE_REPLACED 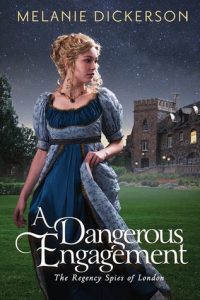 Just as merchant’s daughter Felicity Mayson is spurned once again because of her meager dowry, she receives an unexpected invitation to Lady Blackstone’s country home. Being introduced to the wealthy Oliver Ratley is an admitted delight, as is his rather heedless yet inviting proposal of marriage. Only when another of Lady Blackstone’s handsome guests catches Felicity’s attention does she realize that nothing is what it seems at Doverton Hall.

Government agent Philip McDowell is infiltrating a group of cutthroat revolutionaries led by none other than Lady Blackstone and Ratley. Their devious plot is to overthrow the monarchy, and their unwitting pawn is Felicity. Now Philip needs Felicity’s help in discovering the rebels’ secrets—by asking her to maintain cover as Ratley’s innocent bride-to-be.

Philip is duty bound. Felicity is game. Together they’re risking their lives—and gambling their hearts—to undo a traitorous conspiracy before their dangerous masquerade is exposed.

Melanie Dickerson brings Regency England and the unrest to life in the third and final installment of her Regency Spies of London series. And while this is part of a series, it is a book that stands alone. There are a few mentions of the other characters in the books, but Julia and Leorah don’t make an appearance until the very end of the story.

I appreciated that Dickerson explores the challenges of those who are not titled or part of the Ton. In fact, Felicity has very little dowry and Phillip is a third son who is trying to find his calling in his life. 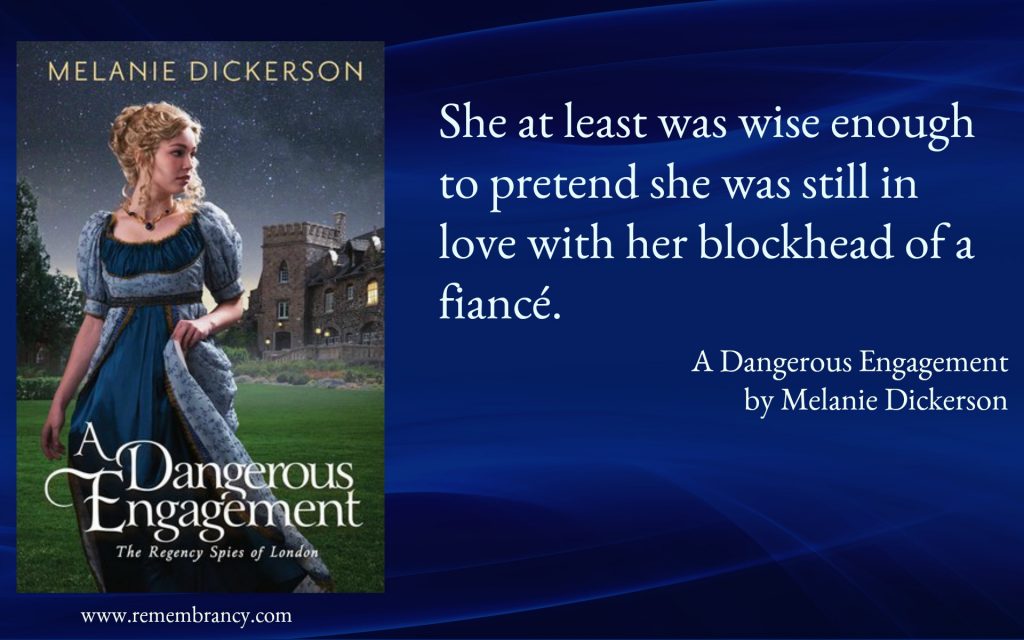 As Felicity walks the fine line between acting a part and getting caught, she must also deal with her fear, disappointment with herself, and her situation that led her to accept a proposal from a man she doesn’t know at all. Meanwhile, Phillip is intent on succeeding in his mission and proving himself at the Home Office, all while keeping the beautiful Felicity Mayston from harm.

Filled with danger, mystery, falsehoods, and a burgeoning uprising, A Dangerous Engagement has plenty to keep readers interested in the story. Add the growing attraction and connection between Phillip and Felicity, and those who love a great story will not be disappointed. 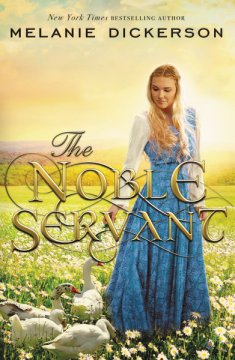 END_OF_DOCUMENT_TOKEN_TO_BE_REPLACED

Once again, Melanie Dickerson has delivered and engaging and unique perspective on a classic fairy tale. This time around, Ariel from The Little Mermaid gets a remodel in Dickerson’s The Silent Songbird. 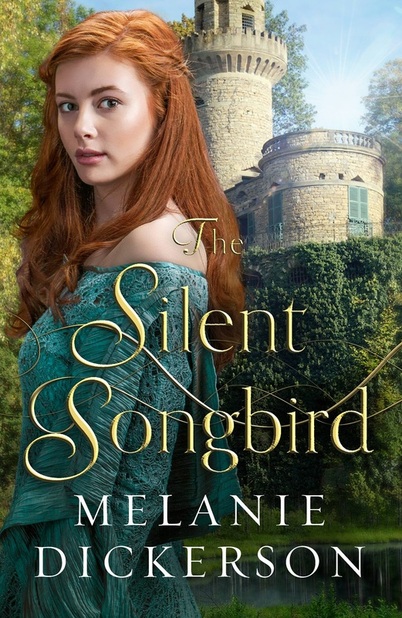 When Evangeline’s cousin, the King of England, informs her that she will marry his closest advisor (a man twice her age whom she believes is hiding an evil streak from everyone), she does the only thing she can. She runs.

Disguising herself as a mute peasant girl named Eva, she and her companion travel to the village of Glynval with a small group of servants. Their leader, Westley le Wise (anyone else notice the nod to The Princess Bride here?) is both handsome and kind, but Evangeline realizes the secret she carries will end any hope of attachment between them before it can ever begin.

Something sinister is occurring in Glynval which puts Westley’s life in danger. Will Eva reveal her secret to save a man she admires? And if she does, will her send her back when he learns of the lies?

There’s a lot happening in this book (as with most of the Hagenheim series) but it all culminates in a satisfying way. I laughed at some of the escapades as Eva learns to do the servant’s work, grew agitated at the way another person treated Eva, longed for her and Westley to see what is right in front of them, and my heart pounded along with Eva’s when Westley’s life is in danger.

Dickerson is a fan-favorite of these types of books and with the attention to detail and the riveting storylines, there’s no question why that is.

Melanie Dickerson has a gift for crafting engaging and entertaining fairytales for adults. Her second Thornbeck novel, The Beautiful Pretender, is perhaps my favorite of everything she’s written thus far (and I’ve enjoyed every single one of her stories).

Perhaps the peasant girl pretending to be a noble woman is not a new concept but the way Dickerson handles the nuances of the stories are pure genius. The Margrave of Thornbeck is being forced by the king to find a wife, but unwilling to succumb to a marriage similar to the one his parents had, he decides to test the character of the ladies in question. His chancellor and his wife (Jorgen and Odette from The Huntress of Thornbeck Forest) will setup scenarios in which to test the ladies’ reactions in certain situations. 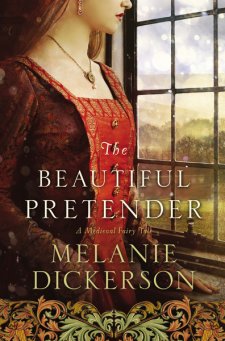 Lady’s maid Avelina is forced to spend time in Thornbeck Castle under the guise of being Lady Dorthea. She is given two objectives. First, strengthen the alliance between Thornbeck and her home and second, don’t attract the Margrave’s attention or affections.

Both Avelina and Lord Thornbeck have preconceived ideas of what they’d prefer in a future spouse (and of course, neither of them is what the other is looking for) but as they spend time together and watch each other, their mutual admiration grows. But what will happen when Avelina’s secret is reveal? And can she save Lord Thornbeck from an evil and vindictive enemy? One who has murdered before?

A beautiful story of love—the kind Avelina tells Thornbeck upfront she’s looking for—and sacrifice, The Beautiful Pretender is one I will come back to when I’m craving a happy ending.

***Thomas Nelson Publishing provided me with a complimentary copy of this book in exchange for an honest and fair review. All opinions expressed are my own.