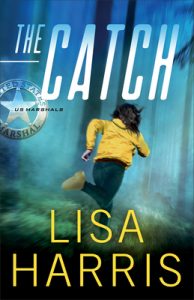 After a harrowing attempt on a judge’s life at the courthouse, Deputy US Marshals Madison James and Jonas Quinn are tasked with finding a missing woman and an endangered child in connection to the murder of the judge’s wife. What seems like a fairly straightforward case becomes hopelessly tangled when the marshals discover that the woman they are searching for is in witness protection and the Amber Alert put out for the missing child has put two lives in danger.

Madison and Jonas are forced into a race to find the woman and the child before the men who want her dead discover her location. And in a final showdown that could cost her everything, Madison will come face-to-face with the person who murdered her husband.

END_OF_DOCUMENT_TOKEN_TO_BE_REPLACED

I’ve been following Madison James and Jonas Quinn for two books now and am waiting for them to reach their HEA. That’s why I can’t wait for The Catch coming this April.
END_OF_DOCUMENT_TOKEN_TO_BE_REPLACED

I love traveling to new places within the pages of books, and Lisa Harris has taken readers on some amazing (and intense) journeys. In her newest release, No Place to Hide, readers are transported to South America.

Are you ready for an intensive and wild tour through the beautiful yet dangerous Amazon rainforest? In No Place to Hide, author Lisa Harris takes readers on a ride they won’t soon forget.

END_OF_DOCUMENT_TOKEN_TO_BE_REPLACED 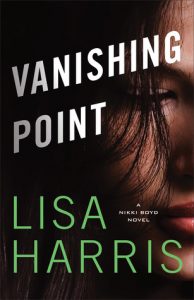 END_OF_DOCUMENT_TOKEN_TO_BE_REPLACED

Nikki Boyd is back and what an entrance she makes!

From the first pages, I was drawn into this story. At the end of Missing, readers were left with the question of what would happen between Nikki and Tyler. And we’re still wondering about it as Nikki’s plane heads toward Nashville—and Tyler. But what is supposed to be a tender homecoming quickly turns into a case when the woman who was sitting next to Nikki on the plane disappears.