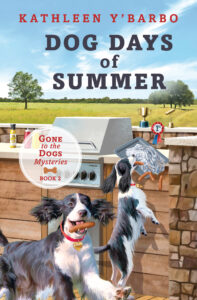 Trina Potter, Nashville country music star, buys a ranch near her hometown in Brenham, Texas, to help her niece open a rescue facility for dogs. Her presence in town stirs up some old high school rivalries—and romance. Finding property to buy is a challenge, convincing her mother to move there with her is daunting, and navigating a string of strange accidents is perplexing. Sometimes Trina feels like she’s purchased her own three ring circus instead of a beautiful piece of land. But her first priority will be figuring out who wants Second Chance Ranch shut down before they even have the grand opening.

END_OF_DOCUMENT_TOKEN_TO_BE_REPLACED 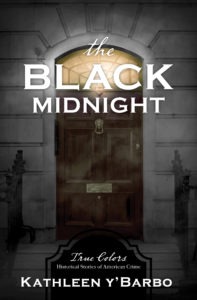 Three years before Jack the Ripper began his murderous spree on the streets of London, women were dying in their beds as The Midnight Assassin terrorized the citizens of Austin, Texas. Now, with suspicion falling on Her Majesty’s family and Scotland Yard at a loss as to who the Ripper might be, Queen Victoria summons her great-granddaughter, Alice Anne von Wettin, a former Pinkerton agent who worked the unsolved Austin case, and orders her to discreetly form a team to look into the London matter.

The prospect of a second chance to work with Annie just might entice Isaiah Joplin out of his comfortable life as an Austin lawyer. If his theories are right, they’ll find the The Midnight Assassin and, by default, the Ripper. If they’re wrong, he and Annie are in a bigger mess than the one the feisty female left behind when she departed Austin under cover of darkness three years ago.

Can the unlikely pair find the truth of who is behind the murders before they are drawn into the killer’s deadly game? From Texas to London, the story navigates the fine line between truth and fiction as Annie and Isaiah ultimately find the hunters have become the hunted.

END_OF_DOCUMENT_TOKEN_TO_BE_REPLACED

Are you someone who doesn’t like a lot of romance in your…romance reads? There is a bit of that in The Pirate Bride, but this book is definitely heavier on adventure and the journey the hero and heroine take (in fact, they’re separated for eleven years in this story).

In the second book of the Daughters of the Mayflower series, readers are taken back to the sea. This time in the waters of the Caribbean with threats of pirates and privateers to travelers.

Eleven-year-old Maribel Cordoba is fearless when it comes to experiences on the water even though all of her knowledge has come from books. When she joins up with Captain Beaumont’s privateers, her favorite place on the ship is up high as the lookout. The precocious girl charms the crew and eventually wins over the captain.

Kathleen Y’Barbo’s The Pirate Bride is a bit different from many historical romance reads out there in the fact that the hero and heroine are separated for much of the book. The romance portion is minimal up until the last quarter of the book.

Don’t let that deter you from reading this one, though. Maribel is a girl you are immediately drawn to and as she becomes a young woman, that doesn’t change. The Captain’s air of mystery, as well as his uncertainty regarding one former member of his crew who was lost to him, will keep you reading these pages.

Y’Barbo’s portray of life on the high seas, on a Caribbean island home to children and the nuns who care for them and the fledgling city of New Orleans are descriptive and picturesque.

The Pirate Bride raises the bar set with The Mayflower Bride.

END_OF_DOCUMENT_TOKEN_TO_BE_REPLACED

The Barbour Publishing novella collections are some of my favorite. I will finish a longer read and pick up the collection to read one of the novellas before delving into the next full-length book. These novellas introduce me to authors I might enjoy reading a full-length book from and they give new authors a chance to shine.