Oil and water. Toothpaste and orange juice. Just like some combinations, some people just don’t go together…or do they? 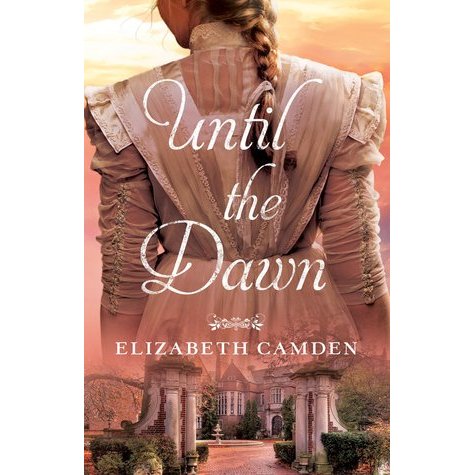 Sophie van Riijn’s deepest desire in life is to be a wife and mother but after three failed engagements, she isn’t sure God is going to grant her that dream. Instead, she finds purpose in the simple task of her volunteer position taking weather measurements for the Weather Bureau in Washington D.C. in her little town of New Holland on the Hudson River. Despite the fact her weather station has been set up on private property (without the owners’ permission), she faithfully records her statistics and reports them every day. But when the Vandermarks suddenly return home without warning, she can’t hide the fact she’s been using the rooftop of the Dierenpark mansion.

Quentin Vandermark is furious when he learns the staff at his ancestral home has been exploiting the place for profit. And Sophie van Riijn is the worst of the lot with her illegal weather station and her incessant cheer. But the young woman has somehow managed to relate to his son—something few people are able to do.

Reluctantly, he hires Sophie to tutor his son as well as cook for the household. Without much effort, she manages to draw each member to her side. Quentin pokes and prods at her, trying to prove her kindheartedness and cheer aren’t real but no matter what he does, she seems to remain constant. And soon he finds himself wanting to know why. His life and his beliefs are firmly rooted in science, in what can be explained but Sophie’s belief in God is drawing him to something he’s been missing in life.

While Sophie has grown up at Dierenpark and loves it with all of her heart, Quentin has never been there. But he can see they appeal that draws people to the lands. Too bad his grandfather has commissioned him to destroy it.

I love the character of Sophie. Despite what Quentin believes, life has knocked her down a few times but her faith remains firm. No matter what Quentin Vandermark’s mood, she always rises above it. Sure, she gets angry and hurt—she’s human, after all—but she apologizes when necessary and is determined to love the people around her no matter how they treat her.

Quentin is brooding, moody, brusque, and to-the-point, but when push comes to shove, he’ll do anything for his son. His one goal is for the boy to grow up and become a good man, not an entitled rich child but one who knows the value and rewards of hard work. While he and Sophie are at odds most of the time, he sees the value in what she can teach the boy. And as he gets to know Sophie better, he begins to past her attractive appearance to her even more attractive heart and soul.

This one was hard to put down and I raced through it in two days. Definitely worth the time to read it. Elizabeth Camden is quickly becoming one of my favorite Historical fiction authors.