This week’s spotlight is a bit different (in a good way). It’s a speculative spy story. For anyone asking “what’s speculative?”, here’s the best definition I’ve found: Speculative fiction is a broad umbrella genre denoting any narrative fiction with supernatural or futuristic elements. In other words, speculative fiction asks the question, “What if the world looked like…?” and runs with it. 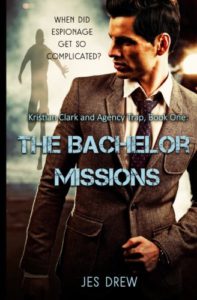 Name of book: The Bachelor Missions

The good-guys, the bad-guys, and the wild card- it’s the ultimate game of cloak and dagger…

Kristian Clark, private eye, thought his days as a special agent were behind him, but when he’s drafted into action, he finds himself reunited with his old team- and painful memories of why they broke up in the first place. But as he plunges into mission after mission- from a ‘holy heist’ to babysitting a young hacker to going undercover in a cult- Kristian find that everything he tried to leave behind is coming back to haunt him with a vengeance, and then some. First there’s the mysterious woman who knows more about Kristian- and his past- than makes sense while using science fiction weapons that don’t make sense period. Then there are the shady powers-that-be who are responsible for drafting him back into this world to satisfy their own nefarious agendas. It’s all Kristian can do to keep from being pulled into their games as he tries to figure out who to trust and what to fight for, even as the trap put in place to destroy him is set with a ticking clock.
When did espionage get so complicated?
Click here to purchase your copy! 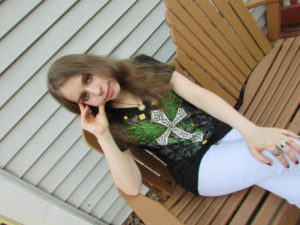 Jes Drew lives with her mom, dad, younger sister (the illustrious Nicki Chapelway), four younger brothers (yes, four), and two dogs. She is the author of both the Ninja and Hunter trilogy and the Howling Twenty trilogy. Besides writing, she enjoys reading, daydreaming, and her day job. There is also a possibility that she may or may not be a secret agent, but that’s classified. Still, you can contact her at http://pausefortales.blogspot.com/

To check out a guest post from Jes Drew, read reviews, and win prizes, stop by any of the tour stops (listed below) for The Bachelor Missions Tour with Celebrate Lit. On tour through Nov. 15, 2017.