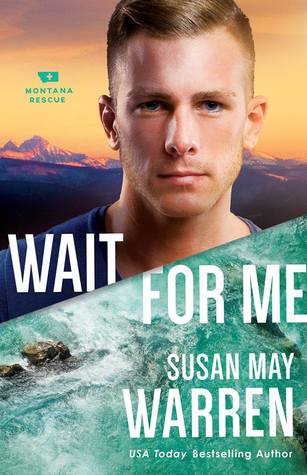 Pete Brooks can’t believe he’s waited an entire year for Jess Tagg to return to Montana, only to have her break his heart by getting engaged to her ex-fiancé. Worse, a series of mistakes on the job have cost lives, and Pete isn’t sure he wants to continue to work in Search and Rescue. Maybe if he can just get over Jess, he can figure out how to move forward.

EMT Jess Tagg has returned to Montana to finally give her heart to Pete, but it seems he’s no longer interested. When a terrible fight between them sparks an impulsive decision, she finds herself crashed on the side of a highway along with Esme Shaw. And just when she thinks things couldn’t get any worse, she and Esme are taken captive and into the untamed Montana wilderness—with murderous intent.

Now Pete and the other PEAK Rescue Team members are in a race against time, the elements, and the actions of a vengeful man. Pete will have to use everything he’s learned to find Jess and Esme—and pray that his past mistakes don’t cost him the life of the woman he can’t stop loving.

END_OF_DOCUMENT_TOKEN_TO_BE_REPLACED 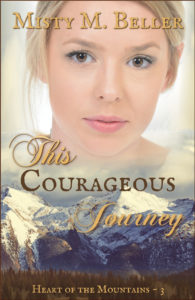 As the fifth daughter in a family of nine children, Noelle Grant has spent her life working to be unique. Her love of stories helps define her goal—to be known around the country as one of the top news correspondents of her time. And what better way to uncover sensational stories than to travel through the mountain wilderness to visit the brother she hasn’t seen in years? The trip comes together perfectly as she plans to journey with family friends who will be settling in the same area. Her first inkling that things may not be as perfect as planned comes in the form of the mountain man they hire as their guide for the final leg of the journey.

When Daniel Abrams agrees to guide the small group of easterners along his usual journey northward to the Canadian mountains, his gut tells him he’s making the wrong decision. But if he doesn’t take them, who will? The man in charge refuses to consider turning back. As they start out, Daniel can’t help but notice the woman traveling under the care of her friends. Though she appears too genteel to last long in these mountains, she soon reveals a strength that draws him more than he should allow.

As the dangers of this wilderness become more than the group bargained for, Noelle is faced with the choice to delay her journey northward or proceed alone with the man she’s come to trust against all reason. She never imagines her decision will place her—and the man she loves—in a situation more hazardous than any story her imagination could conjure.

END_OF_DOCUMENT_TOKEN_TO_BE_REPLACED

Have you ever finished a book that just kind of leaves you in shock? One that you don’t want to end but know it has to come to that? One that leaves you thinking you didn’t really read that correctly, right?

If you haven’t yet, the final book in Ronie Kendig’s Tox Files will definitely leave you with that experience. 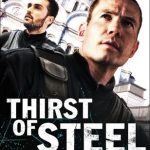 END_OF_DOCUMENT_TOKEN_TO_BE_REPLACED

Susan May Warren has done it again! Readers are thrust into the danger and action right along with the PEAK Rescue Team.

This time, a tornado draws the team together in a search for one of their own in a small Minnesota town. But the storm isn’t the only wreckage the team is dealing with. Ben King and Kacey Fairing are facing some turbulence of their own. And Ty Remington isn’t expecting to cross paths with the woman who walked, no ran, away from him more than a year ago.