Welcome to the Blog + Review Tour for Never Too Late by Susan L. Tuttle, hosted by JustRead Publicity Tours! 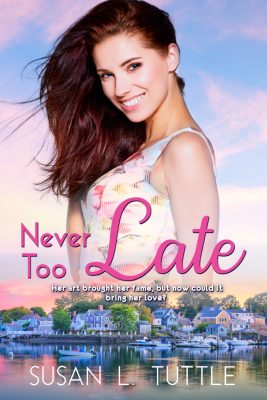 Once, her art brought her fame. This time will it bring her love?

Widowed homemaker Rachael Stark isn’t quite sure what comes after her only child leaves for college. To fill her suddenly quiet hours and scrawny bank account, she needs a job. But painful memories prevent her from resurrecting her former art career, and motherhood isn’t much of a résumé. When her best friend needs help recovering from a gunshot wound that occurred in the line of duty, she is there. Finally, someone to take care of.

Evan Wayne won’t let his injury keep him from being a police officer. His dedication to protect the innocent stems from the guilt he carries over having failed his childhood friend. What he needs now is to recover and get back on the streets. Instead, he’s handed a myriad of light-duty tasks by his captain―one of which involves heading up the department’s entry into the town’s annual mural contest. He’s not an artist, but he definitely knows one. And he’ll take any excuse to spend more time with her.

When Rachael agrees to paint for Evan, she never expects to also be drawn into finding answers for the mother of a missing child. As the two friends work side by side on the mural and the case, their feelings move beyond friendship. But with Evan unwilling to leave his dangerous job, and Rachael unwilling to risk another loss of a loved one, their fears may paint over the promise of a beautiful future together.

END_OF_DOCUMENT_TOKEN_TO_BE_REPLACED

This past week has been one of playing catch for me up after turning in edits for my book. The good news is there are still some giveaways to share with you!

Other Giveaways Around the Web 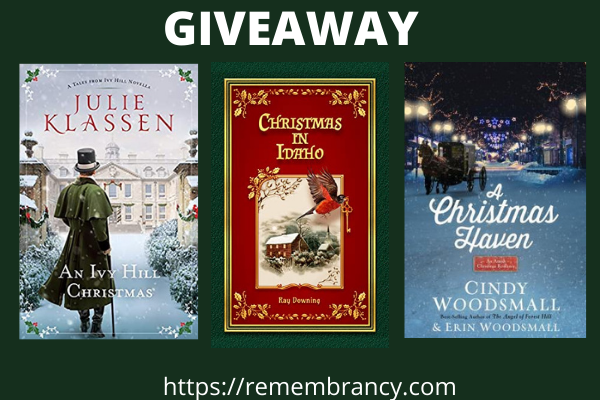 One winner will receive print copies of A Christmas Haven by Cindy Woodsmall & Erin Woodsmall, An Ivy Hill Christmas by Julie Klassen, and Christmas in Idaho by Ray Downing. Giveaway is open to US mailing address only and end at 11:59 PM on 11/19/21. 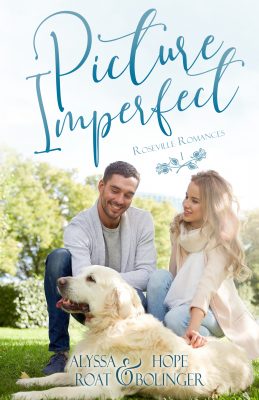 Can a struggling career woman and a procrastinating artist save a beloved nonprofit?

Aspiring novelist Caroline Penn expected a promotion, not a picture book assignment. But when her employer, the non-profit Helping Hope, runs into financial trouble, this book might be the solution. With the company struggling to stay afloat, she and the illustrator will need to collaborate on a strict deadline—no problem for a workaholic like Caroline, right?

Andy Jackson, a “starving” artist, pays the bills by taking on graphic design gigs, but his perfectionism gets in the way. If only he could focus on a project for once, perhaps he could achieve his dream to make art for children for a living.

When the two are thrust together to create a book, Caroline can’t seem to write for children, and Andy can’t meet a deadline to save his life. As time ticks down to release day, the two must face their pasts and insecurities. If they can avoid strangling one another for long enough, they may just bring to the table what the other is missing.

If not, the fate of their careers—and a beloved nonprofit—hangs in the balance.

END_OF_DOCUMENT_TOKEN_TO_BE_REPLACED 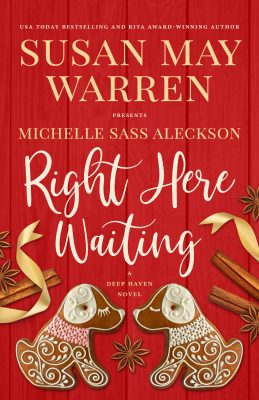 She doesn’t belong in his world—but she’s determined to try.

Sled dog musher and outdoor adventurer Nick Dahlquist doesn’t mean to be a loner—he just feels at home in the woods, with his dogs, and online in his vlogging world, where he’s amassed nearly a million viewers. But he’s just a simple guy, with simple goals—care for his dogs, teach people how to survive the cold, and run the Iditarod. Unfortunately, life turns cold when his lead dog is injured, and he’s low on funds. Good thing he has LadyJHawk to chat with. She’s become an online friend he can turn to, and he’s starting to need her more than he’d like to admit. But the last thing he wants is for some random woman to show up on his doorstep…

Chopper pilot and Texas gal Jae Lynn Washington has been following Nick’s DogQuest videos and Get Lost in the Woods vlogs since she inherited her deceased boyfriend’s military working dog. Three years later, his online friendship has made her wonder if he could be more than a friend. What if she moved to Deep Haven? Would that be considered stalking, even if she got a bonafide job on the Crisis Response Team?

When Jae shows up in Deep Haven—and on Nick’s doorstep—he’s not at all the man she met online. And when Nick is tapped to train the team, he’s pretty sure petite, summer-loving Jae won’t last a moment in the brutal cold—a fear he pours out to LadyJHawk. As their training takes a personal turn, their chilly start begins to thaw. But what will happen if he discovers that Jae and LadyJHawk are one and the same?

When a blizzard strikes, and the CRT is called out into the storm, more than just their relationship is at risk…

Cozy up to this delightful twist on You’ve Got Mail set in the snowy escape of Deep Haven.

END_OF_DOCUMENT_TOKEN_TO_BE_REPLACED 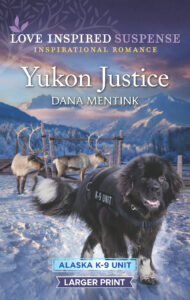 Sabotage on a family ranch…

Newfoundland Ella and her Alaska State Trooper partner is on the case.

When her estranged uncle attempts to sabotage her family’s reindeer ranch, K-9 team assistant Katie Kapowski heads home to help save it—and becomes his target. With their rocky past, Alaska State Trooper Brayden Ford and his furry partner are the last team Katie wants assigned to protect her. But with the ranch under siege, they must work together…or risk falling victim to a killer.