Right now, I have a ridiculous list of books to review over the next two months. The good and bad of it is there are so many great books coming out right now it’s hard to keep up. Great news for Christian fiction (and for those who are looking for an excellent book to give to family or friends as gifts come December 25). And with the number of books I read in a year, I’m shocked to still find authors who have written several books that I am just learning about. DiAnn Mills is one such author. 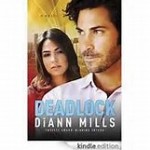 On her first day in the Houston office’s violent crimes division with a brand new partner, Special Agent Bethany Sanchez wants nothing more than to find the person who murdered the woman at the crime scene. While Bethany is a by-the-book, analytical agent, her partner, Thatcher Graves’ reputation is one of a maverick. If office gossip can be believed, his out-of-the box approach extends to relationships as well as the job. And to top it all off, he once put Bethany’s brother in jail.
As the pair runs around the city interviewing witnesses and potential suspects, their different approaches cause a little head-butting. When attempts are made on their lives, Thatcher questions whether Bethany can severe her connections to the case and protect him. What’s even worse? He’s attracted to the short, smart, brown-eyed agent.

This is the third book in the FBI:Houston series. While I haven’t read the other two books, if I hadn’t read the first few pages with Mills’ other books, I wouldn’t have realized it. Characters from the other books make a cameo, but they’re not an integral part of the book. This story belongs to Thatcher and Bethany.

Mills does an excellent job of weaving Bethany’s family troubles in with the case and kept me guessing until about ¾ of the way through who might be the person(s) behind the murders. While I never actually felt like the agents were actually deadlocked in their investigation as the title suggestions, they did hit several dead ends. But don’t worry, that didn’t slow down the pace of the book at all. From beginning to end, I felt like I was on a ride-along with these two agents.

Available now from booksellers and online.

And here’s some bonus material from author Diann Mills

An extended interview with DiAnn Mills about her newest novel

What inspired Mills to write Deadlock

****Tyndale House Fiction provided me with a complimentary copy of the book in exchange for an honest and fair review. All opinions expressed are my own.

As I’ve learned over the past couple of years. New authors have a steep learning curve. When I first started writing, I didn’t know about everything available out there to help make my writing better. There are writer organizations which provide learning, mentors, critiques, and contests. Only last year did I put a book through a critique group and find out how helpful input from other authors can be. It was through this critique group I first read something written by Jessica Alyse. I even commented on one of her submissions how blown away I was by her vivid descriptions. And now, with her debut novella, you’ll see what I mean. 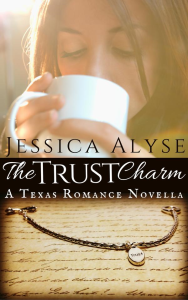 Avery Sanders has been offered the opportunity of a lifetime, an opportunity to live out a dream—move to Italy and study the art of coffee. When she meets a man she once ran into in a store for a second time, she’s stunned…and excited. The man seems like everything she’s dreamed about and she’s drawn to him.

Police officer Liam Reed can’t believe the pretty girl from the store has crossed his path again, and he plans to make good on his promise. If they saw each other again, he’d ask her out. As the two spend time together, he realizes this woman is the one God planned for him, but when she explains her aversion to dating anyone with a dangerous job—firemen, soldiers, policemen—their future becomes more blurry.

While on the outside, Avery seems confident and cool under pressure, her past hurts have been buried deep causing her to shut herself off from certain parts of the world. And the deeper past pain is buried, the more painful it is to unearth. Alyse does an excellent job of delving into Avery’s past and giving the reader a peek at the reasons behind the character’s decisions.

Sometimes with humor, others with gut-wrenching decisions, this novella is about family, love, and letting go and trusting God. And it will leave you wanting more.

There are plenty of people in the Bible we don’t often concentrate on. I mean, everyone know the story of the shepherd how slayed a giant, of the friendship between the shepherd and a king’s son, and the might warrior who became a beloved king. But you know that one part of David’s story we tend to gloss over, the part that shows he was human and let his human desires overrule him when he slept with a married woman? Yeah, there was another person involved in that story who had a story of her own, one that I’d never considered studying. 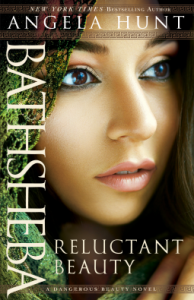 From her childhood, Bathsheba heard the stories of the shepherd turned King. A might warrior, a lover of God, a King for the people. But Bathsheba had been given her own prophecy. One that said she would not only be a tob woman, one of great beauty that men would desire, but also proclaimed she would be mother to a great man who would affect the future of Israel.

But the journey to that prophecy was not an easy one. Bathsheba married a man she loved. A man who eventually had to leave her to go to war. A young wife, she longed to give birth to Uriah’s son but that joy was taken away from her the moment the king saw her bathing in her courtyard and decided he wanted her.

After Uriah’s death, she lived as one of the king’s many wives. A solitary life amidst many people. The other wives either despised her or ignored her, and despite her elevated status, she despised the fact she carried the king’s baby and not Uriah’s.

Tragedy and grief connected David and Bathsheba, and she found herself becoming his friend. While she didn’t love him like she had her first husband, she began to forgive David for his indiscretion. She strove to raise her four sons in a manner that pleased God first and then the king.

After reading the first book in Angela Hunt’s Reluctant Beautyseries about Esther, I wondered how she would write an entire book about such a seemingly minor player in the Bible. But there was so much information in this book, which alternated between Bathsheba’s point of view and that of the prophet Nathan.

And once again, after reading Hunt’s book, I was driving to the scripture to read all I could about the mother of the wise King Solomon. Hunt did her research for this book and provides readers with all of the references she used at the end.

I grew up in the church, but Bathsheba’s story (both the fictionalized version and the one I re-read in a chronological Bible) is brand new to me. Proof that God continues to teach us through his Word.

Bathsheba loved one man who was murdered by the man she now called husband. A man who regretted his sin, who loved God above all else, whose family paid for his sins. Today, David is often referred to as a man after God’s own heart. But through her trials and King David, Bathsheba learned to place her trust and fail in her God as well.

And I’m looking forward to learning about another woman in the Bible, one many might view as the villain of the story: Delilah.

Greetings blog readers. I know it’s been a busy, busy year and you probably don’t remember book reviews from last March but let me tell you a little story. Sometimes authors go through different journeys with publishing. Dawn Crandall wrote three books in the Everstone Chronicles series that were ONLY released in eBook. Well, a few months ago, she got good news. The paperback versions are coming!!! Actually, the first book, The Hesitant Heiress, is available for sale now. Book two will be available in October and three in November.

These are great books. If you know anyone who enjoys historical fiction, consider giving this book as a Christmas gift (or even better the series). If you want to read more about The Hesitant Heiress, check out my review.

Dawn is also giving away 5 copies of her first book. Enter via rafflecopter. 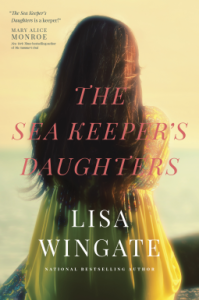