It’s Thursday evening and I’ve already worked 40+ hours this week! Let me just say, this is really eating into my reading time. I am definitely ready for a relaxing weekend and digging into my TBR pile!

This week I’m sharing the first line from the prologue of Ronie Kendig’s upcoming. And oh man, is it a doozy!! Go ahead and order your copy for the July 2nd release, then you’ll have something to read on Independence Day! 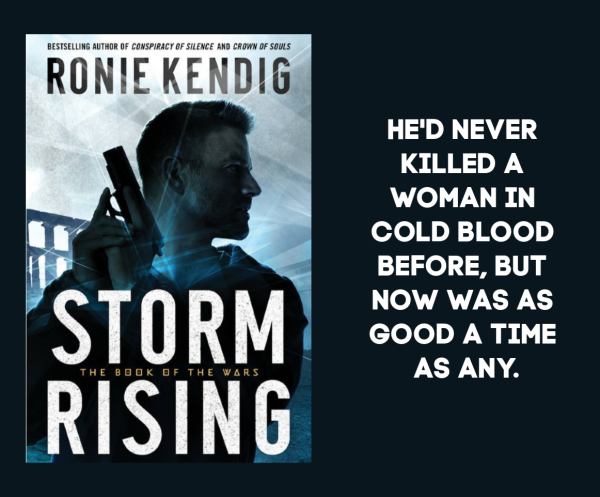 Mentioned in the pages of the Septuagint but lost to history, the Book of the Wars has resurfaced, and its pages hold secrets–and 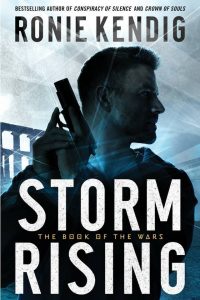 dangers–never before seen on earth.

Tasked with capturing the ancient text, former Navy SEAL Leif Metcalfe is finally given command of his own team. But their best efforts are ruined when a notorious Bulgarian operative known as “Viorica” snatches the volume right out from under them.

Iskra “Viorica” Todorova is determined to use the book to secure the thing that matters most–freedom. But a series of strange storms erupts around the globe and the coming dangers foretold in the text threaten crops, lives–entire nations.
Though both are haunted by secrets of their past and neither trusts the other, Leif and Iskra must form an uneasy alliance to thwart impending disaster. However, the truth hidden in two-thousand-year-old words could unleash the storm of their own destruction.

Now it’s your turn! Grab the book nearest you and drop the first line in the comments. Then head over to Hoarding Books and discover what others are sharing this week!Fi