Happy Wednesday and happy first day of May! We’re on the cusp of summer. Does any one have any big plans? I’m trying to figure out if/when/where I want to spend some of my vacation time. But anywhere I go, you better believe I’ll be taking some good reads along with me. Including this series debut from Roseanna M. White. 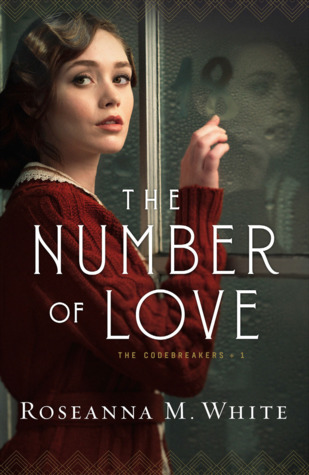 Three years into the Great War, England’s greatest asset is their intelligence network—field agents risking their lives to gather information, and codebreakers able to crack every German telegram. Margot De Wilde thrives in the environment of the secretive Room 40, where she spends her days deciphering intercepted messages. But when her world is turned upside down by an unexpected loss, for the first time in her life numbers aren’t enough.

Drake Elton returns wounded from the field, followed by an enemy that just won’t give up. He’s smitten quickly by the too-intelligent Margot, but how to convince a girl who lives entirely in her mind that sometimes life’s answers lie in the heart?

Amidst biological warfare, encrypted letters, and a German spy who wants to destroy not just them, but others they love, Margot and Drake will have to work together to save them all from the very secrets that brought them together.