I’ve read some good debuts so far this year, and Caleb Breakey’s July release looks like it’s going to be another one. 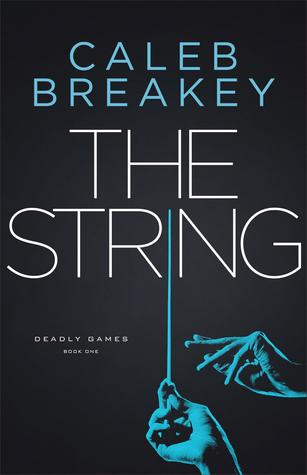 Welcome to the string, a game of impossible decisions and deadly consequences. Let’s go over the ground rules.

Rule #1: Participation is mandatory.
Rule #2: If anyone refuses to play, all threats will come to pass.
Game on.

Get ready for a deadly social experiment as a sociopath known as The Conductor delivers disturbing threats and twisted moral dilemmas to unsuspecting students and staff.

As a powerful instinct for self-preservation sweeps through the campus, one man has a grave decision to make. Will university cop Markus Haas play the game to protect those he loves? Or will he break the string and incite massive chaos–and even death?

In the great suspense tradition of Ted Dekker and Steven James, Caleb Breakey’s explosive debut novel will have you turning pages into the night.