I’m an avid hockey fan and have been for 20+ years (Go Preds!), so when a series featuring six hockey players comes out, you know I’m going to jump on it. Book one in the series is available now and the second comes out in a few more weeks. Are you a fan of sports romance reads? 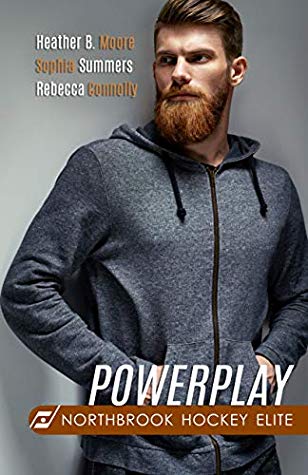 He’s ready to quit his pro-hockey career. She’s doing everything to keep her career afloat. And neither of them have time for distractions.

Jax Emerson, legendary forward for the Chicago Flyers, is ready to throw it all away when he uncovers the truth behind his NHL contract. The last thing he needs is more media attention, or his father to get involved in his contract, or a beautiful woman apologizing once again for an accident.

Meg Bailey didn’t think her life could get any worse, until it does. Time is running out before her business is forced to close. When Jax Emerson offers a solution, she knows that by accepting his help, she might be getting in too deep. And deep is not a place her heart is prepared to go.

Six professional hockey players used to play on an elite club team together, but have all separated and now play in the pro-hockey leagues. Not all of them were friends, yet circumstances bring them together, and for the greater good, maybe they can put aside their differences.