After stumbling on a drug operation, Alice Wilde races through the woods as bullets whiz past, using her skills as a wilderness guide to elude her pursuers. But she doesn’t stay safe for long once one of the armed men recognizes her…and starts stalking her. When the sheriff asks her to guide his men and photojournalist Griffin Slater—her ex-boyfriend—to the crime scene, though, she can’t refuse. Alice knows Griffin’s just there for a story, but after the two of them are separated from the rest of the group, he’s the only person who can save her. And with someone willing to do anything to hunt them down, Alice must put aside their past if she wants to survive.

Know what I love most about Elizabeth Goddard’s books? She introduces me to things I was unaware of before, brings attention to real issues in the world. Book four of her Wilderness, Inc. series does not disappoint.

In Wilderness Reunion, Alice Wilde stumbles across a marijuana garden deep in the wilderness she guides others through, her wilderness. When an armed man recognizes her, she embarks on a fight for her life. When her ex shows up, she’s relieved at first. Griffin Slater’s appearance saves her. But now her heart’s in danger. 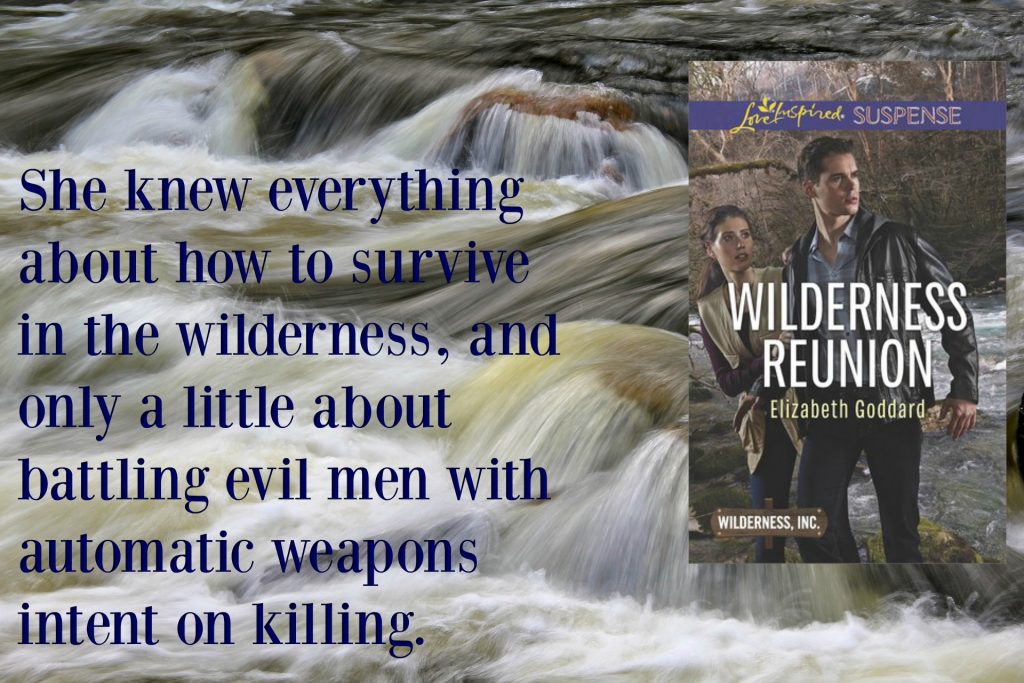 Griffin Slater has returned to Gideon, OR to get his story. When he runs into Alice, he knows something is wrong and is determined to protect her. As a former combat photographer (a role Goddard introduced me to in this book), he’s survived his share of danger.

Through the rugged and beautiful Oregon forest to the whitewater rapids of the Rogue River, Goddard takes readers on a heart-pumping thrill ride in a satisfying conclusion to this series.  As Alice and Griffin fight the injustices, they discover what’s most important: where they belong.