Angels and demons, good versus evil, wars that have been waged from the beginning of time. In Cecelia Earl’s Kingdom Come trilogy, they all converge in Shady Grove, and in book two, things are progressing–not in the way Julia wants them to, either. 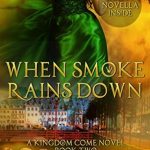 Julia White has accepted her hybrid status—half angel, half human. And now she’s ready to wield her sword to protect her family.

When Smoke Rains Down, the second book in the Kingdom Come trilogy, reveals some growth in Julia. She’s no longer hyper focused on earning enough money to give herself and her family a better life. But…she’s a teenager. One who has experienced a loss. And like many young people, Julia’s rash decisions are often based on her emotions. She still believes she is the only one to save the people she lives and Shady Grove

The demons are getting stronger and now have weapons no one is sure what to do with.

Some questions are answered only to leave more in their wake. But the progression and escalation of the fight between good and evil

While I’m not a huge fan of the small love triangle happening, at least Julia suspects it’s the emotions strain she’s under that draws her to each of her guardians for different reasons. And I do like Nicholas’s quiet steadfastness. The guy might be rigid and stoic, but when Julia needs him—to hold her hand or stand between her and a demon—he’s there.

I’m very interested to see more growth in Julia in the final book as well as discover how the fight plays out to the finale. 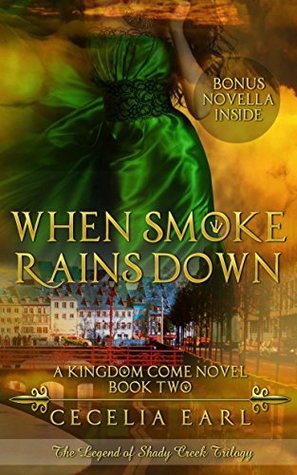 If only humans knew about the invisible dangers lurking around them…

Unable to confide in anyone about her double life of being both human and angel, and fearful she’ll bring more death and destruction to those she loves, Julia pulls away from her family and best friend.

When demons once again start to show up at every turn, seemingly bringing about her brother’s deepening depression, she demands her sword from Nicholas. Ever the stern Guardian Angel, he forbids her from using a weapon. Sick of fighting with Nicholas and confused about her feelings for him, Julia takes protecting her brother into her own hands as best she can.

But when demons are suddenly able to siphon souls from the living, ash-colored lines begin to appear on humans, lines of demonic poison that travel through their veins toward their hearts and alter their moods. Julia is in more danger than she ever imagined possible. To stop evil from spreading and overtaking those she loves, she’ll have to seek out the one person she mistrusts most – her father – especially when a line appears on her own arm.

Enter a complex world where humans, demons, and angels collide, all battling to rule the Earth.

Previous Books in the Trilogy 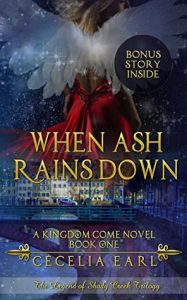