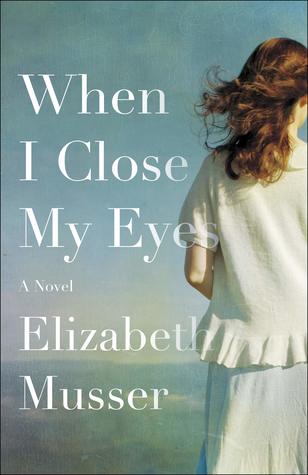 Could she ever share the secret of The Awful Year?

There is one story that novelist Josephine Bourdillon shirked from writing. And now she may never have a chance. Trapped in her memories, she lies in a coma.

The man who put her there is just as paralyzed. Former soldier Henry Hughes failed to complete the kill. What’s more: he never received full payment–funds that would ensure surgery for his son.

As detectives investigate disturbing fan letters, a young but not-so-naïve Paige Bourdillon turns to her mother’s turbulent past for answers. Could The Awful Year be worse than the one they’re living now?

Set against the flaming hills of North Carolina and the peaceful shores of the Mediterranean Sea, When I Close My Eyes tells the story of two families struggling with dysfunction and finding that love is stronger than death.

I’ve read two books back to back that deal with the difficult topics of depression and suicide, but only When I close My Eyes had the underlying message of faith and grace, making it the story I would recommend first.

Elizabeth Musser takes readers on a journey of discovery through the eyes of three different characters. Henry is questioning whether his sins and choices can be forgiven. Paige is searching for answers about her mother and family. And, through flashbacks, Josephine is trying to uncover her memories.

I adored Paige in this story. She asks hard questions, she stands up for others, and she shows grace when it’s most difficult to give. She’s the ultimate picture of forgiveness.

This is one book that is going to stick with me for a long while.