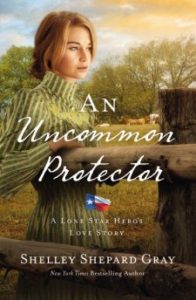 Overwhelmed by the responsibilities of running a ranch on her own, Laurel Tracey decides to hire a convict—a man who’s just scary enough to take care of squatters and just desperate enough to agree to a one-year post.

The years following the war have been hard on Laurel Tracey. Both her brother and her father died in battle, and her mother passed away shortly after receiving word of their demise. Laurel has been trying to run her two-hundred-acre ranch as best she can.

When she discovers that squatters have settled in her north pasture and have no intention of leaving, Laurel decides to use the last of her money to free a prisoner from the local jail. If she agrees to offer him room and board for one year, he will have to work for her to pay off his debt.

Former soldier Thomas Baker knows he’s in trouble when he finds himself jailed because he couldn’t pay a few fines. Laurel’s offer might be his only ticket out. Though she’s everything he ever dreamed of in a woman—sweet and tender-hearted, yet strong—he’s determined to remain detached, work hard on her behalf, and count the days until he’s free again.

Let me start with the most important information. I loved this book!! I’ve only read a couple books written by Shelley Shephard Gray but after reading An Uncommon Protector, I’m a fan.

The development of both Thomas Baker and Laurel Tracey in this book were spot on. The author manages to introduce the reader to a man who has lived a hard life and is currently in prison in such a way that they sympathize with him instead of disliking him. Thomas Baker has a past but he also is a man you can respect. While readers get a glimpse of Laurel’s bravery from the first chapter, as the story continues, the layers of her character are revealed. 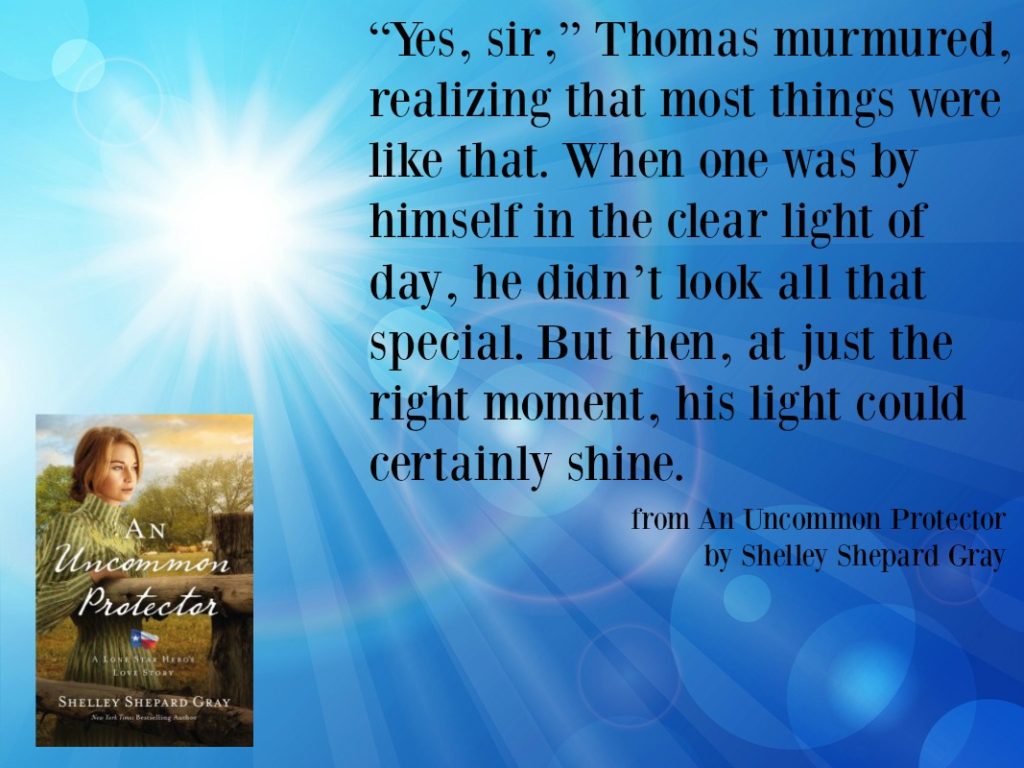 The attraction between these two is evident from the first time they see each other and only builds throughout the book. But that’s not what the book is really about. Both Thomas and Laurel are struggling to stand on their own two feet, to find their places in life. But maybe standing beside each other is better than standing on their own.