I loved book one of Sara Ella’s Unblemished series. And while I was in the minority, I was a bit let down by book two, so when book three came out earlier this month, both interest and hesitation played in when I decided to read Unbreakable.

This was another audiobook “read” for me and there are four points of view so I rewound quite a bit to figure out whose mind we were in at given times, so it’s not one I’d recommend listening to over reading.

I wasn’t sure what to expect from the final book in the Unblemished trilogy. I know I was hoping for some resolution after book two!

This one was a bit different from the previous two. The characters split up with Eliyana in a new reflection and two groups trying to find her. With both Ky and Josh going by two names, at times I was a bit confused but after a while, the different names connected with the ones I was used to.

Ebony gets a voice in this book, which was probably my favorite parts in this book. Her slightly sarcastic thoughts hide her inner doubts, hurts, and her good heart. A lot of this book is the inner dialogue of Eliyana, Ebony, Joshua, and Ky (almost too much at times)

Part fairy tale and part allegory, some truths are more apparent in this book than others, but there are many there (light and darkness in each of us, the heart knows love and sacrifice, and more). And while it takes a bit of meandering to get there (the excitement really starts about the three-quarter mark), the ending is both a bit of a surprise, yet a beautiful resolution for Eliyana. 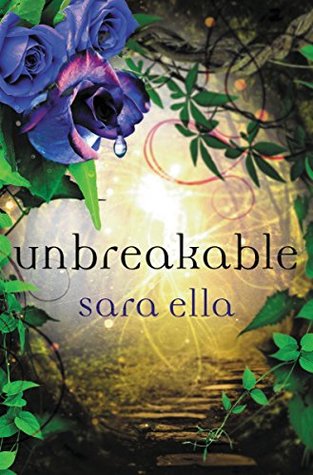 Eliyana Ember is stranded in a foreign country in the Third Reflection with no passport, the inability to mirrorwalk, and zero clue where the nearest Thresholds back into the Fourth or Second might lie. Her mind is a haze, her memories vague. She knows a wormhole from the Fourth sent her here. She remembers her mom and baby brother Evan. Makai and Stormy and Joshua . . .

Deep down El realizes she must end the Void once and for all. Is there a way to trap the darkness within its current vessel, kill it off completely? To do so would mean sacrificing another soul—the soul of a man Joshua claims is a traitor. But he’s lied to her before, and even El senses Joshua can’t be fully trusted, but one thing is certain . . .

The Void must be annihilated. And only the Verity—the light which birthed the darkness—can put an end to that which seeks to kill and destroy.