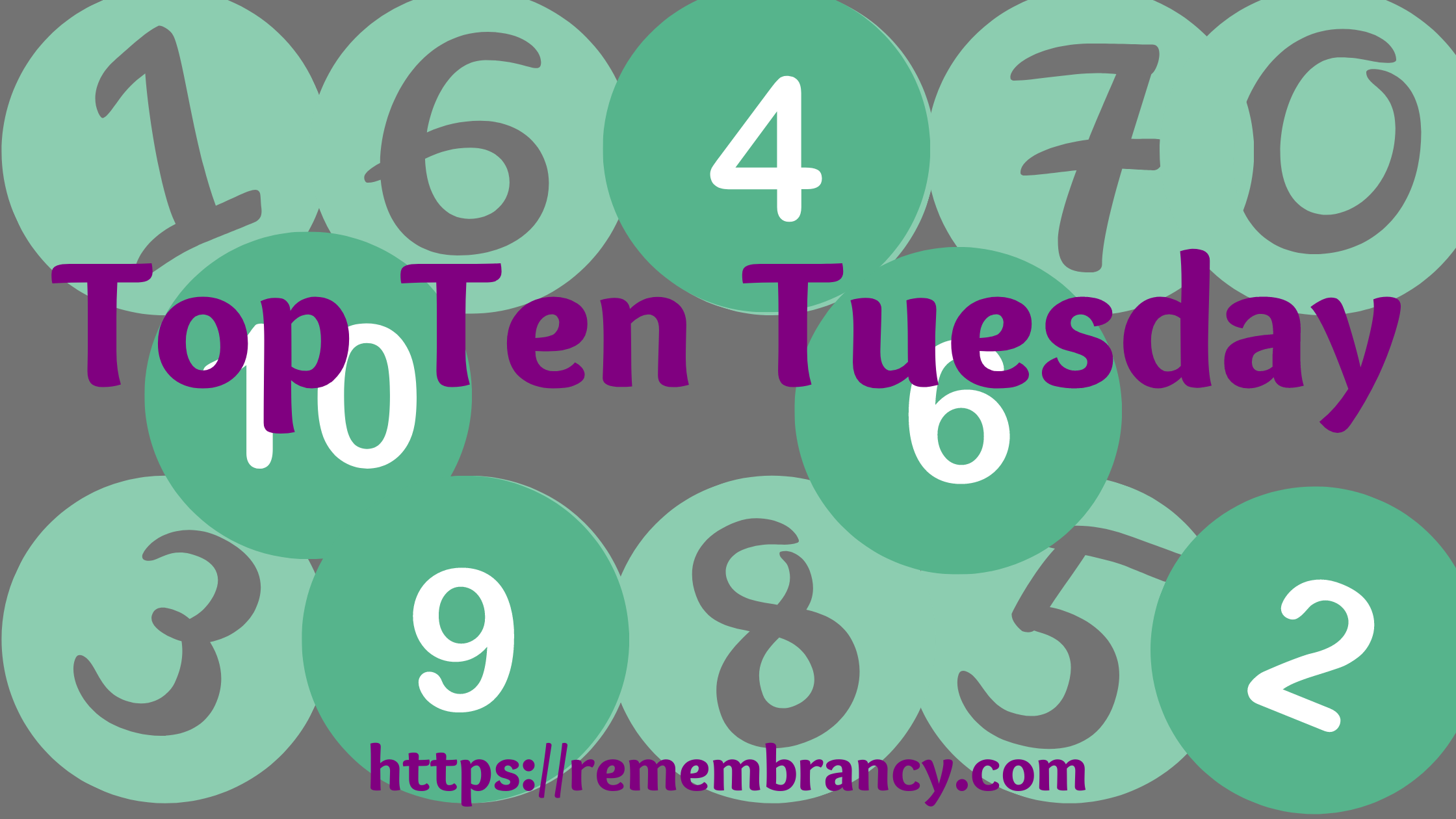 Today’s TTT topic is one that I can quadruple, but for your sake (and mine sanity), I’ve narrowed the top ten 2021 releases I was excited to read but didn’t get to. Because let’s face it, y’all, there just aren’t enough hours in the year. You can find out what books others missed out on by visiting our host at That Artsy Reader Girl.

Let me know in the comments if you’ve read any of these and if so, which one I should put at the top of my tbr for 2022. 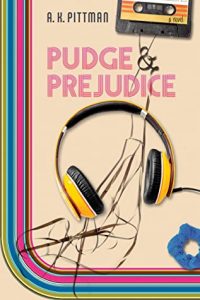 Pudge and Prejudice is an homage to Jane Austen’s Pride and Prejudice, transported to the fictitious Northfield Texas High School in the year 1984. After moving to Northfield with her family, Elyse Nebbit faces the challenge of finding her place in a new school, one dominated by social status and Friday night football. When Elyse’s effortlessly beautiful older sister Jayne starts dating Charlie Bingley, the captain of the school football team, Elyse finds herself curious about Charlie’s popular and brooding best friend, Billy Fitz. Elyse’s body insecurities eventually complicate her relationship with Billy, leaving Jayne and Elyse’s exceedingly blunt friend, Lottie, to step in and help Elyse accept herself for who she is, pant size and all. 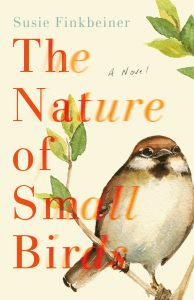 In 1975, three thousand children were airlifted out of Saigon to be adopted into Western homes. When Mindy, one of those children, announces her plans to return to Vietnam to find her birth mother, her loving adoptive family is suddenly thrown back to the events surrounding her unconventional arrival into their lives.

Though her father supports Mindy’s desire to meet her family of origin, he struggles privately with an unsettling fear that he’ll lose the daughter he’s poured his heart into. Mindy’s mother undergoes the emotional roller coaster inherent in the adoption of a child from a war-torn country, discovering the joy hidden amid the difficulties. And Mindy’s sister helps her sort through relics that whisper of the effect the trauma of war has had on their family–but also speak of the beauty of overcoming.

Told through three strong voices in three compelling timelines, The Nature of Small Birds is a hopeful story that explores the meaning of family far beyond genetic code. 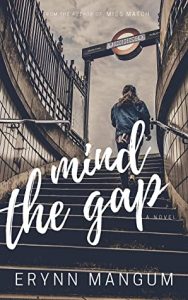 The best thing to do when all your dreams get crushed? Pack your bags and head to London.

Kate Macon has spent her life preparing to be a teacher and six weeks into her dream come true, everything crashes and burns thanks to budget cuts and a hiring freeze. With nothing but bowls of cookie dough and Pride and Prejudice marathons to look forward to, it’s not a hard decision when her grandmother calls and invites her on a trip to London.

However, instead of being an escape from reality, London just proves to be a catalyst for bringing out the worst in Kate. All her fears, insecurities and frustration seem to be right in front of everything. And her feisty grandmother, not to mention their quick-witted tour guide, aren’t helping to lift the mood.

What could the Lord possibly be doing by causing so much havoc in Kate’s life? When everything seems to be falling apart, could it be Jesus putting things back together – but in a way Kate never could have imagined? 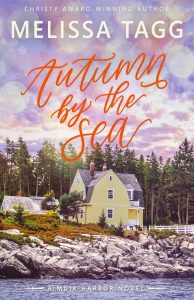 Abandoned as a toddler, Sydney Rose has spent years wondering who she really is, homesick for a life she’s never lived. When a private investigator crashes into her world, she finds herself heading to a tiny seaside town in Maine to meet a woman named Maggie, who’s searching for the granddaughter she lost decades ago.

If not for Maggie, Neil MacKean might still be back in Scotland, bereft and alone. Instead, he has a full life in Muir Harbor with an adopted family he loves and a blueberry farm to run. But the farm is struggling and strange occurrences have him concerned. Worse, Maggie’s once again caught up in the past, convinced she’s finally found her long-lost granddaughter.

Worried for Maggie, Neil is suspicious of the city girl who shows up at the farm. But there’s something about Sydney that tugs on him, drawing out secrets he never meant to share. While Neil grapples with the future of the farm, Sydney wrestles with a past that’s messier than ever. Together, they’re pulled into a mystery complete with a centuries-old legend, unexpected danger . . . and a love as deep and wild as the sea. 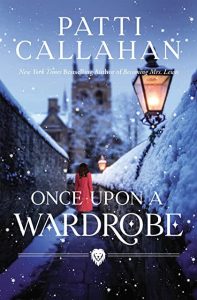 “Where did Narnia come from?”

The answer will change everything.

Megs Devonshire is brilliant with numbers and equations, on a scholarship at Oxford, and dreams of solving the greatest mysteries of physics.

She prefers the dependability of facts—except for one: the younger brother she loves with all her heart doesn’t have long to live. When George becomes captivated by a copy of a brand-new book called The Lion, the Witch and the Wardrobe and begs her to find out where Narnia came from, there’s no way she can refuse.

Despite her timidity about approaching the famous author, Megs soon finds herself taking tea with the Oxford don and his own brother, imploring them for answers. What she receives instead are more stories . . . stories of Jack Lewis’s life, which she takes home to George.

Why won’t Mr. Lewis just tell her plainly what George wants to know? The answer will reveal to Meg many truths that science and math cannot, and the gift she thought she was giving to her brother—the story behind Narnia—turns out to be his gift to her, instead: hope. 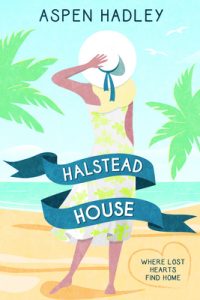 Grace Natalie Burke was named after her mother’s two favorite actresses, but the only thing they have in common is the ability to put on a good show. Growing up under an iron thumb, she’s never gone off script, yet as she stares at the candles on her twenty-fifth birthday, she determines to reach for more.

Terrified but hopeful, Grace buys a one-way airline ticket to Lavender Island in order to visit Halstead House, the once upon a time home of the only person Grace had ever been safe with, her honorary grandmother Mary.

When Grace arrives on the island she’s immediately caught up in the warmth-filled life she’d always imagined.

What she hadn’t imagined, however, was John Lucas Halstead or the feelings he would stir in her – especially when he’ll do anything to keep her at arms length.

Just as Grace is finding her feet, her mother arrives on the island uninvited, forcing Grace to decide where she’ll stand once and for all. Is it finally time to rip up the script? Or will she accept her role and return? 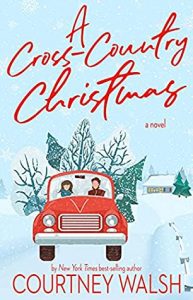 Which is why she rarely makes the trip home to the Midwest for the holidays. After all, she has plenty to keep her busy—namely, her duties as a set decorator on a TV sitcom.

But this December, Lauren’s brother and his wife are expecting a baby, so her brother arranges a ride home for her with his good friend, Will.

Unfortunately for Lauren, she’s been trying to forget college baseball coach and childhood crush Will Sinclair for more than ten years.

Now, thanks to her fear of flying, she’s stuck in a car with him from California to Illinois.

She’s convinced that people don’t change. He’s trying to prove to her (and himself) that he has.

On this cross-country road trip, they’ll both discover that history doesn’t exactly repeat itself. . . but like any good Christmas carol, it does have a second verse. 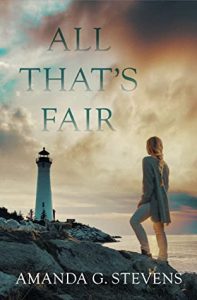 Unable for the last century to grow old or succumb to injury, Cady Schuster has lost a lot of people, some more recently than others. She’s trying to find new belonging in Harbor Vale, Michigan, among a welcoming little group of fellow ageless folk. Then she meets Paige, a mortal woman who needs a friend-and might need help.

Paige’s husband rules their church with an authority unquestioned by his congregation. When Paige suddenly severs all communication, Cady determines to find her. Churchgoers warn her off, and the behavior of Paige’s husband proves a still bigger warning. Is this friend lost too, or can Cady help her? And how far should an ageless woman involve herself in the conflicts of mortals? 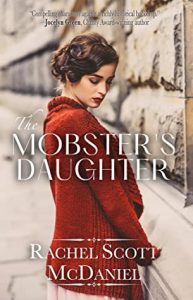 The one man who could help her, must never know her name.

If Kate Chamberlin can’t reveal her true identity to the world, she must settle for sharing only her talent. Hired as a musician for KDKA radio, Kate plays everything from sponsors’ jingles to complex sonatas. As long as the whispers around the broadcasting room refer to her as “Killjoy Kate” and not “Catarina the crime boss’s daughter,” then her life is safe from danger.

Or so she thinks.

When anonymous, violent threats surface, Kate’s wary of accepting protection from the handsome private investigator, Detective Jennings. His save-the-world attitude is as charming as his manners, but no one, especially him, can know the gruesome realities of her birth.

The 1924 Pittsburgh underworld is as complicated as it is elusive, and though the dealings of the Salvastanos have dwindled, Rhett Jennings is certain the man responsible for his father’s death is still at large. But his personal hunt for justice must be set aside when his day job requires him to investigate threats directed at a young radio broadcaster with enamoring brown eyes and secretive behavior.

When danger surrounds them, will the truth of Kate’s past become the key to their survival? 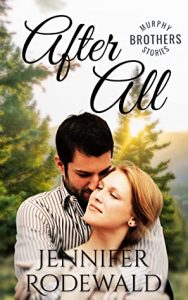 One choice changed everything, setting them on a path to devastation. Is there any way to redeem what might be the worst decision either of them has ever made?

Brayden Murphy has one simple goal: to live his dream life. He’s watched his six older brothers find ultimate happiness, so why should it be any different for him? But his path to satisfaction and bliss becomes impassible rubble when his longtime girlfriend marries someone else. Brayden’s pain is eclipsed only by his resentment—until he meets Audrey Smith, a sweet, smart young woman who seems to adore him for nothing more than the fact that he’s a Murphy.

Good-girl Audrey Smith has spent her life in the long shadow of her lifelong best friend (and rival), Megan Alexander. As the daughter of the Alexanders’ hired help, Audrey has always felt insignificant, so when Megan’s soon-to-be brother-in-law arrives and turns his attention to Audrey, she is easily swept away. The Murphy boys come with an honorable reputation, and if Megan Alexander is getting a Murphy, then why shouldn’t Audrey have a Murphy of her own?

Brayden eagerly pursues the comfort of Audrey’s admiration, and despite a warning to protect her heart, Audrey falls hard and fast. All is bliss … until things between them go too far. One evening, one choice, and Brayden and Audrey land in a crisis. Marriage is the obvious solution—done in secret to protect their other secret—and when two become one, all seems well again. But then the past catches up with Brayden and is complicated by a heart-shattering event neither ever imagined.
Can their cover-up marriage survive these painful blows? Or will Brayden and Audrey separate, two broken, unreconcilable hearts who will forever regret the choices they made?

After All is a tender love story, though heartbreakingly hard at times, of redemption and second chances.