Dr. Ryan Tremaine has determined to make the most of this summer while he is in charge of his three children. In an effort to become closer to the two sons he’d had while married and his daughter who was conceived during the affair the ending his marriage, Ryan struggles to mark the items off a sink or swim (SOS) list he created. Penny creates her own unique challenges as she has Fetal Alcohol Spectrum Disorder (FASD) and her mind does not operate like that of a normal child. When his daughter goes missing at the mall and is found with one of the workers, he is determined to hire the woman as Penny’s nanny.

Carly Mason has her own regrets and guilt. An ex-social worker due to getting to close to one of her charges, Carly fears getting too involved again and puts distance between herself and others to protect her heart. She knows that working for Dr. Tremaine and spending time with Penny and his sons may likely break through those walls she’s so carefully placed. But when it comes down to it, Penny needs Carly. As does Ryan Tremaine and his boys. 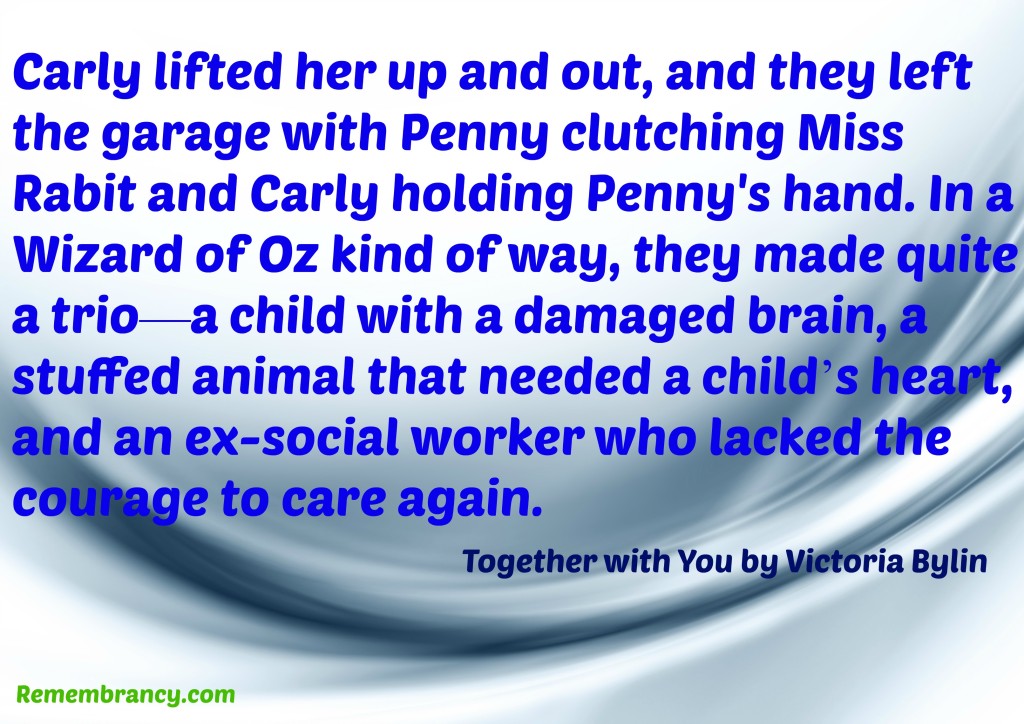 This tale of a little girl with a big heart who doesn’t understand why she’s the way she is and two adults who are so filled with guilt and remorse from the past is heartwarming. And hard to put down. Clinical and rigid, Ryan Tremaine isn’t all that likable at first but his love for his children is evident. I grew to love him right along with Carly. The sections of the book written from Penny’s perspective are a wonderful element to this book. It gives readers a little insight into the confusion and chaos that is her world. Carly is bold and confident in many areas but her struggle with accepting forgiveness for that one thing in the past makes her human. All of the characters in the book were human—flawed—and that is what made the story so enjoyable. It is only by God’s grace we are forgiven and that we forgive. Only He is perfect.

Available now in stores or online.

****Bethany House Publishers provided me with a free copy of this book in exchange for an honest and fair review. All opinions expressed are my own.