****Family Christian provided me with a free copy of this album in exchange for an honest and fair review. All opinions expressed are my own.****

When I was in college, I worked at a small Christian bookstore in our local mall. My manager and assistant manager found that I kept up with the music scene pretty well so they put me in charge of that department. And now, twenty years later, I still enjoy my music, but I have to admit that I’m way behind the times when it comes to groups that have become popular in the last decade and a half. I do, however, have three teenage nieces and a nephew who keep me up on some of the music. 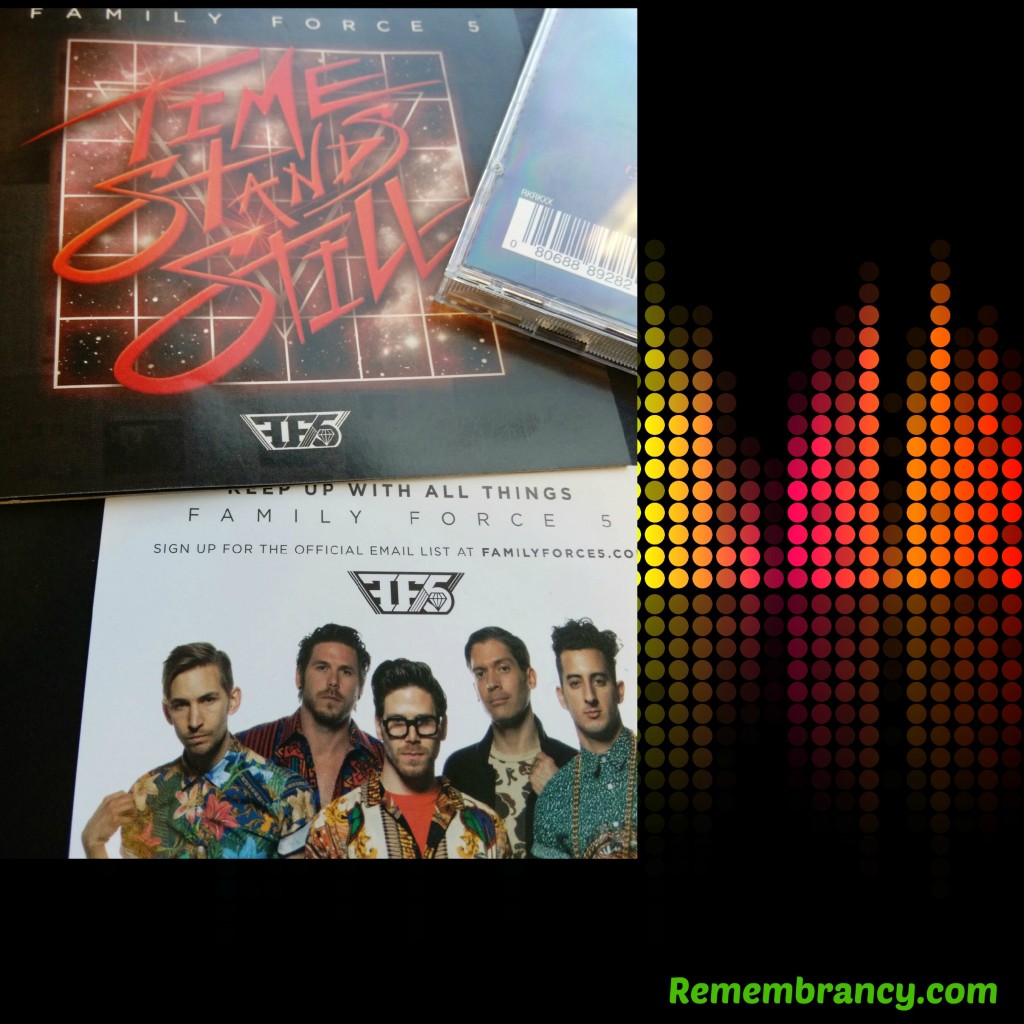 Family Force 5 (FF5) has undergone some changes for their fourth studio album, Time Stands Still. First, they signed with a new record label—Word. In addition, there is a new lead singer at the helm (they guy who used to be the drummer, and therefore also a new drummer). Fans of FF5 may find some interesting changes to this album but the changes just may bring about new fans.

Order yours online or visit your local store

There are still a few songs with the band’s signature crunk rock and crazy lyrics including “Sweep the Leg” which would be an excellent warm-up song if you were going into an MMA fight, “Raised by Wolves” which is one of the hardest rocking songs on the album, and “Jet Pack Kicks”—not as hard hitting but silly party lyrics not the less. What was surprising was the more pop/dance pop sounding songs on the album, things you might hear on Christian radio, songs with a more faith-based message than FF5 has been known for in the past. My favorite song on the album is “Walk on Water” featuring Melodie Wagner from Hillsong. This catchy tune stuck with me.

I’ll admit it took me a few listens to get past wanting to turn it off when the heavier stuff came on, but after three listens, they started to grow on me. If you have a household with different musical tastes, consider picking this one up, the variety just may interest more than one person. With a fifteen tracks, there is a good mix of music.

Interested in purchasing Time Stands Still or other music from Family Christian? Enter here to win a $10.00 Customer Appreciation Certificate that can be used in stores or online. And don’t forget to check out their wonderful sales (Mother’s Day Sale is happening right now)