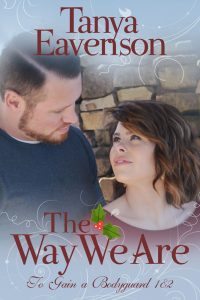 To Gain a Bodyguard – Book One

Undercover ICE agent Madi Reynolds has spent years infiltrating a human-trafficking ring, but when her life is threatened, she is forced to walk away and advised to leave the country. Undeterred, she continues her plan to attend her brother’s Christmas wedding, with her partner assigned as her bodyguard. But after seeing Brice care for her niece, she finds it’s more than her life that needs protecting. Is there really any defense for the heart?

War Veteran and ICE agent Brice Johnson has been defending his country and American lives for as long as he can remember. Now, he faces the biggest assignment of his life–protect the woman he loves. He’s never been one to run from a fight, but when an old flame butts in expecting a second chance with Madi, and crippling visions of war call out to him, he begins to wonder if surrender is an option after all.

To Gain a Bodyguard – Book Two

Undercover ICE agent, Brice Johnson, fell in love with his partner, but the fight to control his PTSD drove him to leave her and his assignment.

Deep undercover, ICE agent Madi Reynolds’ identity is blown, and she is involved in a hit-and-run meant to kill. Lucky to be alive after her vehicle was forced off the mountain, she finds herself in a wheelchair and facing an unknown future.

Even though the men responsible were tracked down and brought to justice, Brice’s gut tells him Madi is still not safe. Details of the investigation aren’t adding up. In secret, Brice moves to Helen, Georgia, across the street from Madi. But how long can he stay in the shadows when seeing her struggle day in and day out bombards him with memories of their happier days.

Unable to forgive himself for Madi’s accident, Brice vows to protect her, but is it enough? Is he enough?

This two-novella collection from Tanya Eavenson will keep readers on their toes.

In part one, Readers plunge into the story in the middle of shared history between Madi and Brice. His career as

Madi’s protector forces him to keep her at arms-length. When she’s threatened, the stakes rise, and Brice realizes he’s now tasked with the assignment of his life.

Readers know from the beginning these two like each other, and the chemistry between them sparks and sizzles throughout the pages. While Brice wrestles with PTSD, Madi tries to get him to open up to her and let her support him like he’s always done for her.

When I first read To Gain a Bodyguard, my only complaint was that it was too short. And Eavenson listened.

Part two takes place after some time has passed, and Madi is struggling with her new normal. Brice returns, determined to protect Madi—both from others and from her doubts. I enjoyed how these two characters are broken in their own way but strengthen each other when together.