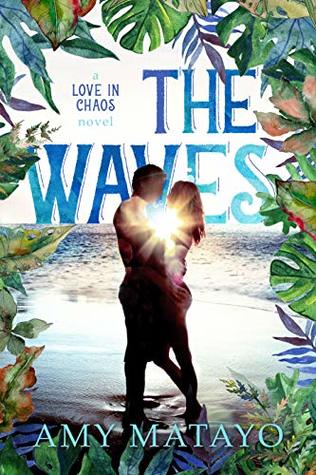 Dillon Hayes is twenty-eight and single, an unfortunate status her overbearing family is determined to fix. So when she’s stuck on a cruise ship for a seven-day reunion with the lot of them, she’s desperate for any escape she can find, even if it means partnering with a sketchy stranger for an off-the-beaten-path snorkeling excursion. After her mother’s last matchmaking attempt, Dillon is more than willing to trade all her good sense for a few hours of solace.

Liam Gamble is stuck in the middle of family vacation hell. The worst part: it’s not even his family. This will be the last time he ever accepts a free-vacation invitation from his best friend. At this point, he’d be willing to hand over his life savings to get off this crazy ship. So when he catches one of his friend’s cousins sneaking off board, he decides to join her, hijacking her private excursion and nearly blowing her cover. If she gets to leave, so does he.

But what starts off as a secret escape turns into a very real nightmare when their shady tour guide leaves them stranded on an uninhabited island with nothing but the clothes on their backs and no idea how to keep themselves alive.

As hours turn into days, and the weather proves as threatening as their need for food and water, Dillon and Liam must join forces and rely on each other if they have any hope of seeing their families again. Funny thing: sometimes in life, the end of the rope is when you discover everything you value has been in front of you all along.

Despite grieving her third failed relationship in the past year, Dillon agrees to join the family (the ENTIRE family) on a cruise to celebrate her grandparents’ fiftieth wedding anniversary. But too much not-at-all subtle attempts at matchmaking haver her seeking solace and peace on a private excursion.

When Liam discovers Dillon’s venture, he goes along for the ride. One that neither of them expects will leave them stranded in the middle of the ocean.

As Dillon and Liam fight to survive, moments of despair overwhelm them but there are also open and honest conversations and examinations that bond them closer.

Amy Matayo delivers a story with both humor and a deeper message of finding worth when all hope seems life and discovering what is held dearest when all the distractions and noise is stripped away.

I am anxiously awaiting the next installment in Matayo’s Love in Chaos series because The Waves was read in one sitting.