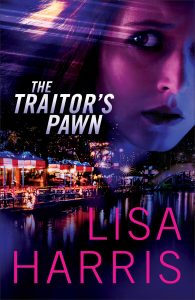 When FBI agent Jack Shannon arrives in Corpus Christi, Texas, he is focused on one thing: find the man who has been selling encrypted government secrets to the Chinese through online birding chat rooms. But when a senator is shot during a hunting trip and the woman he was with is abducted, Jack agrees to join the search–especially when he discovers that the kidnapping victim is Aubrey Grayson, a woman he was once in love with.

As the search continues, it becomes clear the senator may not have been the intended victim–and Aubrey may be connected to the other case Jack is supposed to be working on. Can Jack untangle the knots before it’s too late? And when he learns the truth, will it be too painful to get past?

Join the hunt for the truth–and a traitor–in this tension-laden story of secrets, betrayal, and second chances.

The Traitor’s Pawn grabbed my attention from the opening pages and held it throughout.

Former best friends Aubrey and Jack and brought back together in an investigation to find the person who is selling US government secrets. And the investigation is intense.

Lisa Harris delves into police procedure and the dangers surrounding Jack and Aubrey while giving readers a feel for the Corpus Christi, Texas, area. And, of course, there’s the history and unresolved questions between these two characters.

Aubrey’s character is well-developed with a great arc throughout the story. There are some extremely difficult choices she must make at times. And her ability to offer forgiveness despite her past hurts is admirable.

On the flip side, I would have liked to see a little more development of Jack. He’s there when it counts but we don’t get the insight into him and his life that we do Aubrey’s. That said, I was cheering for him to get the girl by the end of the book.

If you enjoy romantic suspense that leans toward the procedures and processes of investigation and where the romance takes a backseat to the suspense, add The Traitor’s Pawn to your list of books to read.