Welcome to the Takeover Blitz for The Secrets of Emberwild by Stephenia H. McGee, hosted by JustRead Publicity Tours! 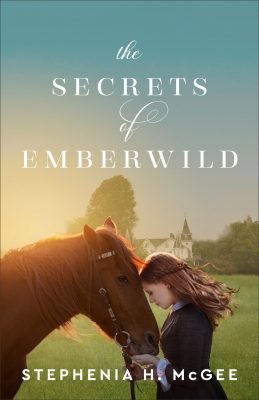 A gifted trainer in a time women are not allowed to race, Nora Fenton prefers horses to men. They’re easier to handle, they’re more reliable, and they never tell her what to do. After her father’s passing, Nora is determined to save her struggling horse farm, starting with entering her prize colt into the harness races at the 1905 Mississippi Fair. If she wins, she may have a chance at independence. But when a stranger arrives and starts asking disconcerting questions, she suspects he may have other motives than unseating her in the training job that is rightfully hers.

Silas Cavallero will do whatever it takes to solve the mystery of his father’s death–even if it means training an unwieldy colt for Nora, who wants nothing more than to see him gone. But when mysterious accidents threaten their safety and circumstances shrouded in secrets begin unlocking clues to his past, Silas will have to decide if the truth is worth risking ruining everything for the feisty woman he’s come to admire.

Arrow snorted and pranced. The stallion, two years old last month, was as high-strung as he was beautiful and brimmed with potential. A few more weeks of training and he’d be ready for his first qualifying race—just in time for the fair.

If only she could work with him longer each day. Father’s insistence that a woman had no place training horses hadn’t waned as his illness worsened, and the stable hands still thought they were doing her a favor by thwarting her efforts. Mother, for her part, seemed to think it her duty to carry on Father’s archaic ideals with a fervor. As though doing so would smother Nora’s modernized way of thinking and suddenly turn her into the pristine lady they’d both somehow failed to produce.

Nora swatted a thick seed head. She’d show them. Her methods worked faster and better than any of the stable hands’, but none of them would admit it.

She smirked. They wouldn’t have a choice if she got Arrow ready on her own.

If she could prove to Mother that women were capable of more than just tending home and hearth, then perhaps she could convince Mother to entertain her other ideas for the farm. Father wouldn’t get better, and they needed to prepare. Arrow was the key to her independence. 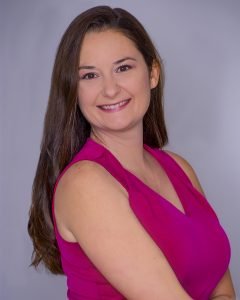 Stephenia H. McGee is the award-winning author of many stories of faith, hope, and healing set in the Deep South. When she’s not reading or sipping sweet tea on the front porch, she’s a writer, dreamer, husband spoiler, and busy mom of two rambunctious boys.

Connect with Stephenia by visiting stepheniamcgee.com to follow her on social media or subscribe to email newsletter updates.

(1) winner will receive a print copy of The Secrets of Emberwild and $25 Barnes & Noble gift card! 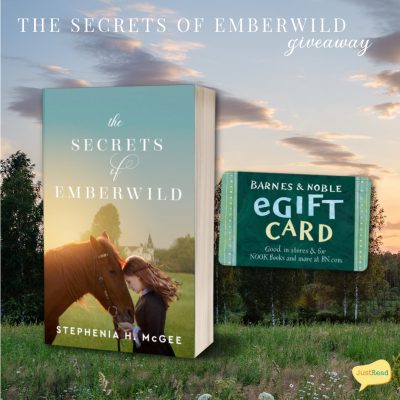 Be sure to check out each stop on the tour for more chances to win. Full tour schedule linked below. Giveaway began at midnight October 19, 2022 and lasts through 11:59 PM EST on October 26, 2022. Winner will be notified within 2 weeks of close of the giveaway and given 48 hours to respond or risk forfeiture of prize. US/CAN only. Void where prohibited by law or logistics.