I’ve only read a handful of the Love Inspired Historical line, but with the loss of books like The Reluctant Guardian, it is a bit disappointing the line has been dissolved. 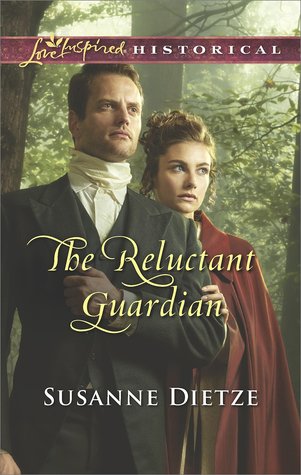 Under the Spy’s Protection

When Gemma Lyfeld inadvertently interrupts a dangerous smuggling operation in her English village, she’s rescued by a mysterious Scottish spy. Now with criminals after her and her hopes for an expected marriage proposal recently dashed, she will make her society debut in London. But not without the man tasked with protecting her…

Covert government agent Tavin Knox must keep Gemma safe from the criminals who think she can identify them—a mission he never wanted. But as he escorts her and her rascally nephews around London, the lovely English lass proves braver than he ever imagined. Suddenly, the spy who works alone has one Season to become the family man he never dreamed he’d be.

Smugglers, the London season, and plenty of growing attraction make The Reluctant Guardian a quick read because you won’t want to put it down.

After an expected proposal doesn’t happen, Gemma Lyfield’s only goal is to experience one season in London before returning to her brother’s home to care for her two nephews. It’s her lot in life, and she accepts it with grace and humility. But when she runs into trouble while out on a walk, the party in London gains an unexpected member. None other than Tavin Knox, a spy who is determined to infiltrate the smuggler ring.

As the story progresses, Gemma grows from agitation at Tavin’s presence to recognition and appreciation of his protection. The two become friends, sharing past pains, future plans, and biggest regrets.

Susanne Dietz does a wonderful job of giving these two characters events in their past which they carry guilt for but react to with very different responses. And the entire time there’s the added element of danger as the suspect gets bolder in his attempts to capture and quiet Gemma permanently.