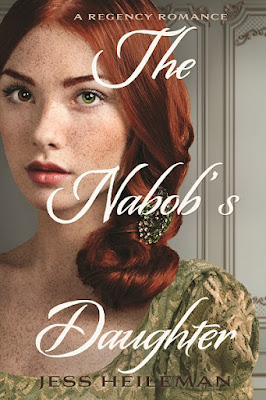 Honora Crauford relishes her life in India. So when her father informs her of his latest business transaction—marrying her off to a bankrupt nobleman in England—her only hope for returning home is to convince her betrothed, by whatever antics necessary, that a marriage to her comes at a cost that not even the greatest fortune can justify.
Graham Whitworth can hardly believe his wretched luck. It seems the only way to save his family’s insolvent estate is to comply with his father’s demands and marry the extremely wealthy, but utterly ridiculous, nabob’s daughter. But when Honora missteps, Graham discerns her farce and begins to see who she truly is—a most impressive lady. A lady likely capable of fixing his family’s financial troubles.

Realizing they both desire freedom, Graham and Honora join forces to restore the Whitworth estate and return Honora to her beloved India. But sometimes love has its own agenda, and the revoking of a once undesirable arrangement may just prove to be the greatest sacrifice of all.

“Miss Crauford?” The servant, whose blue livery matched the opulent cloth on the coach’s driving box, approached me.

My palms were clammy within my gloves, and I mindlessly rubbed them against my middle. Did I truly have the tenacity to enact such a preposterous scheme? It wasn’t too late to simply comply with Papa’s demands and marry Lord Denhurst’s son. I wavered between two seemingly detestable options. Then an image of India filled my mind’s eye. If I abandoned my plan now, I would likely never see my home again. Once Papa was in England, he would see me married, just as he said he would. That would not do. No, I needed to convince Lord Denhurst to revoke his offer, thus adhering to Papa’s admonition that I would not make him break his word, and to be on my way home before Papa arrived.

The man stopped when he was still a little way off. “You are Miss Crauford?”

“I will do anything to get home,” I whispered under my breath, rousing my courage. It was now or never, and never was not an acceptable option.

“I should certainly hope so.” I lifted my chin to an arrogant level, acting in complete opposition to Mrs. Purcell’s lessons. “Otherwise I have made a very tedious voyage for nothing.” The man’s dumbfounded expression was proof I had chosen the correct vocal timbre to use—obnoxiously loud and fast with a grating quality that had been perfected in the privacy of my cabin over the last several months. “Have you come to take me to my soon-to-be husband?” I scanned his figure in a blatant appraisal, refusing to consider my own mortification so as not to risk a blush. “Or are you him?”

“Which is it?” I asked, swiftly closing the distance between us. “I would not mind the latter, for you appear to be a man worth crossing an ocean for, despite your obvious oversight of fashion.”

His gaze whipped to the coachman stationed atop the carriage before he returned it to the ground between us. “No. I’m only the footman. I’ve been sent from Grandview to collect you.” There was utter desperation in his voice.

“Collect me?” I scoffed in feigned offense. “As though I am your master’s possession? What an absurd and utterly infuriating notion. Pray tell me, do all men in England think so little of the female sex or is that a particular view of Lord Denhurst and his son?”

Excerpted from The Nabob’s Daughter by Jess Heileman, Copyright © 2021 by Heileman. Published by Vagabond Publishing. 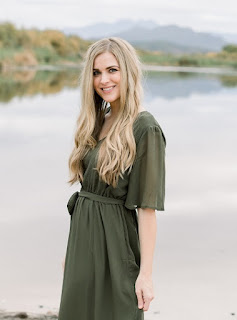 In kindergarten, Jess won a first prize ribbon for her original creation Pigs in Wigs. It was a solid storyline: there was this pig that wore a wig—and it rhymed. Not impressed? Neither were her children when shown the very masterpiece that influenced her to become an author. “You won a ribbon for that?” Yes. Yes, she did. Thankfully, life has since exposed her to a thorough education with its share of awards and accolades—and, more importantly, to the trials and human experiences that form the heart of a storyteller and the substance of great stories. Besides her love of writing, Jess is an avid reader, shameless people observer, international café loiterer, and partially retired photographer. She loves being a mother to five amazing humans and a wife to the greatest man she knows.