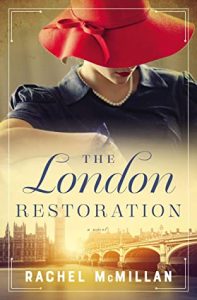 First there was Toronto then Vienna and Boston, and now in The London Restoration, Rachel McMillan immerses readers in post-World War II London and a love story interrupted by said war.

Diana and Brent Somerville have been separated by the war, and now that it’s over, they come back together as changed individuals. As they navigate their new relationship with their secrets and scars—both seen and unseen—they also must unravel a mystery centered around London’s Christopher Wren churches. 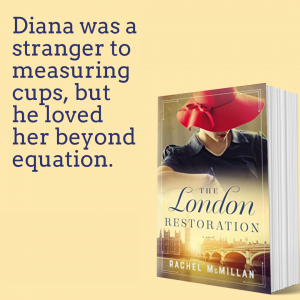 Impeccable research, excellent characterization, intriguing plot, and the theme of restoration woven through all of it made this a book I both savored and devoured. The history between Brent and Diana as well as their current situation add a refreshing twist to the typical historical romance genre, too.