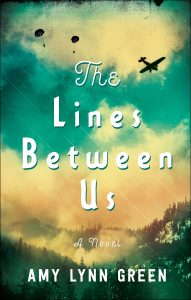 A WWII novel of courage and conviction, based on the true experience of the men who fought fires as conscientious objectors and the women who fought prejudice to serve in the Women’s Army Corps.

Since the attack on Pearl Harbor, Gordon Hooper and his buddy Jack Armitage have stuck to their values as conscientious objectors. Much to their families’ and country’s chagrin, they volunteer as smokejumpers rather than enlisting, parachuting into and extinguishing raging wildfires in Oregon. But the number of winter blazes they’re called to seems suspiciously high, and when an accident leaves Jack badly injured, Gordon realizes the facts don’t add up.

A member of the Women’s Army Corps, Dorie Armitage has long been ashamed of her brother’s pacifism, but she’s shocked by news of his accident. Determined to find out why he was harmed, she arrives at the national forest under the guise of conducting an army report . . . and finds herself forced to work with Gordon. He believes it’s wrong to lie; she’s willing to do whatever it takes for justice to be done. As they search for clues, Gordon and Dorie must wrestle with their convictions about war and peace and decide what to do with the troubling secrets they discover.

The Lines Between Us by Amy Lynn Green is unlike any World War II fiction I’ve read. And that’s a good thing.

Green shares the sides of those supporting the war and those conscientious objectors who do not without giving more weight to one side or the other. She also shows how the c.o.’s still performed a duty.

Now, let’s talk about her characters because there is a lot packed in there. Dorie is brash, outspoken, and impulsive. On the flip side, Gordon is a peace-loving pacifist who is reflective and complex. Oil and water? You bet, they are but it makes for some wonderful conversations and challenges readers to look at a viewpoint from all sides.

This book didn’t go in the direction I thought it would, and it was all the better for it. Green steps up to the challenge of her sophomore novel and shines.