While I don’t have children myself, I have friends who have little ones and love to be able to pass book suggestions on to them. Well, at least the excuse I give myself for reading children’s books. Sometimes they’re just what I need between some longer, deeper reads. This story written by Brianna Tibbetts and illustrated by Liz Stockton was a fun read. 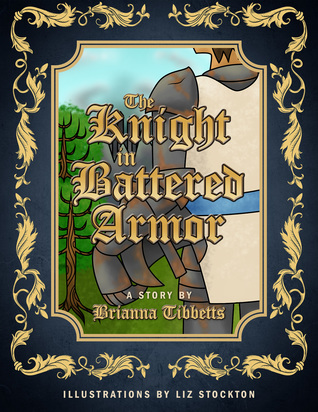 Lord Tempesto is a snake in every sense. As a human, he is slimy, deceitful, and manipulative, but when he’s denied what he wants, he transforms into a gigantic, powerful snake. He wants nothing more than to rule the kingdom for himself, and he’ll stop at nothing to get what he wants.

Princess Melina dreams of marrying a knight in shining armor so she can rule her father’s kingdom someday. But when monster Lord Tempesto captures her and threatens to destroy her beloved kingdom if she doesn’t marry him, she has no choice but to submit to the hideous monster’s demands.

James, the son of a knight, hears about Princess Melina’s plight and sets out on the long journey to rescue her. But his own skills aren’t enough to win the fight against such a ruthless monster with strong, sinewy arms, and it takes teamwork between the captive and her rescuer to save the kingdom from the monster for good.

The Knight in Battered Armor shows children of all ages the importance of doing what is right no matter what and not being afraid to protect what is most important.

This adorable children’s story features colorful and unique artwork and an important message.

With a fairy tale feel, Brianna Tibbetts tells a story of danger, courage, and doing what is right. And even more, a story that shows what’s seen on the outside of a person doesn’t always reflect the status of their heart.

If you’re looking for something new to read at bedtime with your child(ren), The Knight in Battered Armor is a wonderful option. Moms and Dads will definitely want to read to young ones as the vocabulary is more middle grade, but what better excuse to spend some special time with the kids?