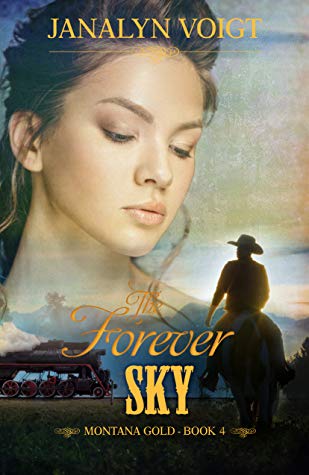 Can a young widow with no faith in love hope for a future with the man who broke her heart?

Maisey isn’t about to give Rob another chance to reject her love. Why should she believe that the man who left town without a backward glance three years ago cares about her? Life had taught her all about broken dreams, and she didn’t want to hope again. If only her young daughter would stop adopting Rob as a father, ignoring him–and her own emotions–would be a whole lot easier.

Thoughts of the woman he’d left behind haunted Rob for three long years. It wouldn’t have been fair to ask Maisey to wait while he mined a gold claim. After making his fortune, he’s returned to his family in Montana’s Bitterroot Valley. Rob is ready to settle down, and he’d rather do so with Maisey. But after their first encounter, it’s clear that he’s lost her forever.

Circumstances force Maisey and Rob into one another’s company. They learn, through hardship and loss, that the only way to one another is to surrender first to God’s love.

Based on actual historical events during a time of unrest in America, The Forever Sky explores faith, love, and courage in the wild west. 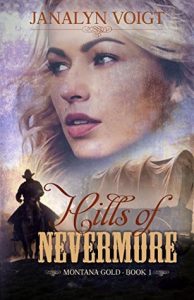 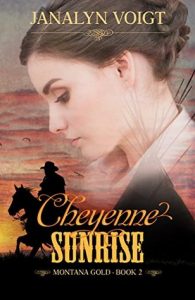 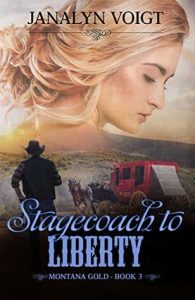 While this is the fourth and final book in the Montana Gold series, it stands well on its own. I’ve read book one but haven’t gotten to books two and three yet and wasn’t at all lost when reading The Forever Sky.

Janalyn Voigt gives readers a taste of life in the wilds of Montana that includes some of the dangers, the tribulations of living in a just starting town, and the need of neighbors who look out for each other. Then she adds some romance on top of all of that.

Rob and Maisey have a history and their marriage doesn’t come about in the traditional way. Because of that questionable start, neither of them has a firm footing in their new life together, which shows clearly in the way they react to each other and situations that arise.

Then there’s Emma and Gideon. I had a hard time liking Emma because of the way she pushed people away. But Gideon is a sweetheart I could help but get behind. He’s tenacious, kind, and a hard worker.

The Forever Sky is about the dangers of jealousy and resentment, the beauty of friendships, the wisdom of children (little Phoebe was my favorite character in this book), and trusting God’s plan for us when we feel small and inconsequential.