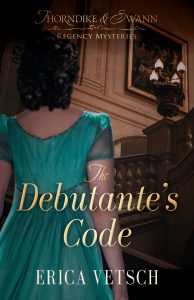 Newly returned from finishing school, Lady Juliette Thorndike is ready to debut in London society. Due to her years away, she hasn’t spent much time with her parents, and sees them only as the flighty, dilettante couple the other nobles love. But when they disappear, she discovers she never really knew them at all. They’ve been living double lives as government spies–and they’re only the latest in a long history of espionage that is the family’s legacy.

Now Lady Juliette is determined to continue their work. Mentored by her uncle, she plunges into the dangerous world of spies. From the glittering ballrooms of London to the fox hunts, regattas, and soirees of country high society, she must chase down hidden clues, solve the mysterious code her parents left behind, and stay out of danger. All the while, she has to keep her endeavors a secret from her best friend and her suitors–not to mention the nosy, irritatingly handsome Bow Street runner, who suspects her of a daring theft.

Can Lady Juliette outwit her enemies and complete her parents’ last mission?

Best-selling author Erica Vetsch is back with a rollicking, exciting new series destined to be a hit with Regency readers who enjoy a touch of mystery in their love stories. Fans of Julie Klassen, Sarah Ladd, and Anne Perry will love the wit, action, and romance.

What’s better than a Regency book filled with the parties and balls put on by the ton and a debutante making her debut in London society? How about a book that includes stolen artwork, The Bow Street Runners, espionage and much, much more? The Debutante’s Code by Erika Vetsch encompasses it all, and the adventure is one you do not want to miss.

Juliette Thorndike is an intelligent young lady but longs for a relationship with her parents after spending years away at school. When she returns to London, she is disappointed to find her parents gone to the country to attend estate business while leaving Juliette to maneuver her debut season alone. And when her coming out ball ends with a stolen painting…the adventure is just beginning.

Vetsch brings in some familiar faces from her previous series (which fans will love), but they do not overpower the page so new readers can enjoy the first in this new series. And believe me, by the end of this book, you’ll be hankering for more of Juliette and Daniel.

Erica Vetsch is a New York Times best-selling and ACFW Carol Award–winning author. She is a transplanted 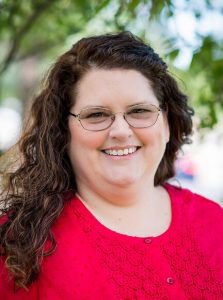 Kansan now living in Minnesota with her husband, who she claims is both her total opposite and soul mate.

Vetsch is the author of many novellas and novels, including the popular Serendipity & Secrets Regency series and the new Thorndike & Swann Regency Mystery series

Vetsch loves Jesus, history, romance, and sports. When she’s not writing fiction, she’s planning her next trip to a history museum and cheering on her Kansas Jayhawks and New Zealand All Blacks. Learn more about Erica Vetsch and her books at www.ericavetsch.com. She can also be found on Facebook (@EricaVetschAuthor), Instagram (@EricaVetsch) and Pinterest (Erica Vetsch). 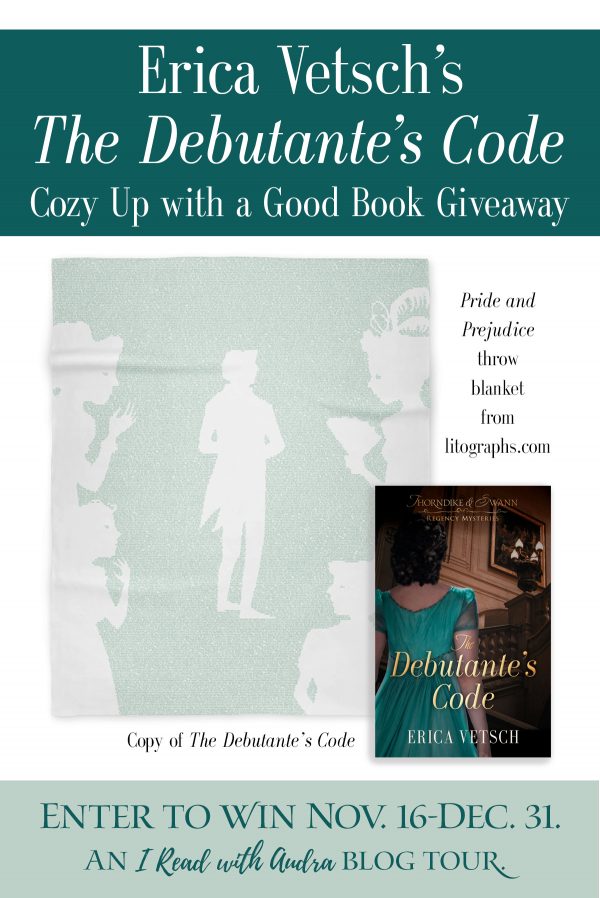