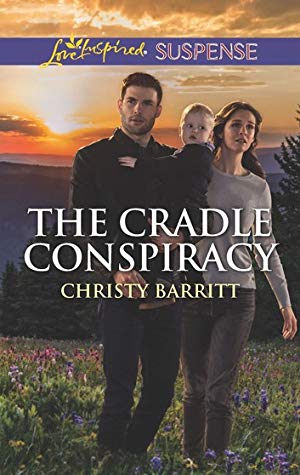 A child in jeopardy

A heart-racing The Baby Protectors story

When the mother of the toddler Sienna Thompson is babysitting never returns for him—and then the child’s nearly abducted—Sienna knows their lives are in danger. Sienna’s neighbor, FBI agent Devin Matthews, thwarts the kidnapping and promises to protect Sienna and the boy. But when they discover the child’s missing mother isn’t who she claimed to be, can they survive long enough to uncover the truth?

Christy Barritt gives readers a little different romantic suspense. Well, the romance is true-to-form but there’s an interesting twist with the suspense (and that’s all I’ll say about that because I don’t want to give anything away).
When someone breaks into Sienna’s home and attempts to take the baby she’s been entrusted with, her somewhat reclusive neighbor promises his protection. As danger follows and finds them, their attraction is swift and encompassing.
Both Sienna and Devin have dealt with their losses (which come in different forms) in different ways. Sienna has pressed on while Devin has mired himself in grief, building a barrier against letting anyone in. Will it take another tragedy before Devin discovers love again?
This fast-paced hike through the mountains of Colorado makes The Cradle Conspiracy a page-turning read that will keep you guessing who wants baby Colby so desperately.
My Rating:
Disclosure statement:
I receive complimentary books from publishers, publicists, and/or authors, including NetGalley. I am not required to write positive reviews. The opinions I have expressed are my own. I am disclosing this in accordance with the Federal Trade Commission’s 16 CFR, Part 255.