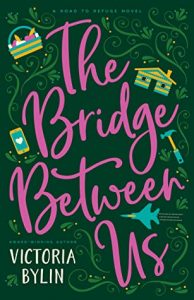 An Unexpected Reunion . . . A Second Chance at Love
Jesse Donovan is a changed man. Now a Christian and a successful building contractor, he’s dedicated to taking responsibility for his self-centered past. That includes welcoming the teenage boy he didn’t know he fathered. When the boy’s mother walks into Jesse’s office, their son has run away from home and is on a dangerous road, travelling with a friend who isn’t a friend at all.

Maeryn Scott once loved Jesse Donovan, only to be abandoned without even a goodbye. Her love for him died suddenly—or so she thought. Now, with her son in danger and determined to confront his father, Maeryn must face the conflicting needs of her son and her own heart. Who is Jesse now? Can she trust him? Falling in love again is the last thing Maeryn wants to do—especially with a man who will turn her world upside down. 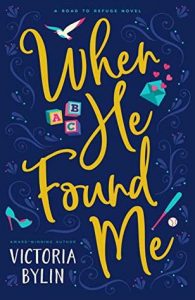 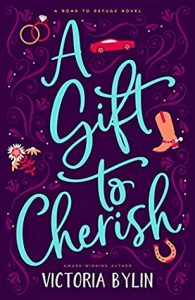 In The Bridge Between Us, Victoria Bylin returns readers to Refuge, Wyoming with lots of tension and conflict in this second chance/secret child book.

For those who have been following the series, this is Jesse Donovan’s story, and what a story it is. Jesse has turned his life around from the destructive and harmful to one more intentional that is filled with grace and mercy in a way only God can change a heart.

Maeryn loves her son and the job that has been her lifeline for years, but when Tim runs away to find his father, both are in jeopardy. Tim also has a large role in this book as he is at a crossroads of where his future will lead.

Bylin pens a story with flawed characters who don’t always get things right but woven throughout are threads of forgiveness, family, and hope.