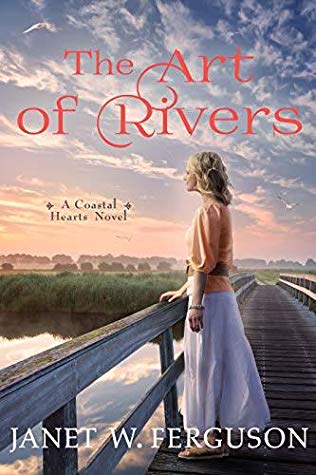 Rivers Sullivan bears both visible and invisible scars—those on her shoulder from a bullet wound and those on her heart from the loss of her fiancé during the same brutal attack. Not even her background as an art therapist can help her regain her faith in humanity. Still, she scrapes together the courage to travel to St. Simons Island to see the beach cottage and art gallery she’s inherited from her fiancé. When she stumbles upon recovering addicts running her gallery, she’s forced to reckon with her own healing.

After the tragic drowning of his cousin, James Cooper Knight spends his days trying to make up for his past mistakes. He not only dedicates his life to addiction counseling, but guilt drives him to the water, searching for others who’ve been caught unaware of the quickly rising tides of St. Simons. When he rescues a peculiar blond woman and her sketch pad from a sandbar, then delivers this same woman to his deceased grandmother’s properties, he knows things are about to get even more complicated.

Tragic circumstances draw Cooper and Rivers closer, but they fight their growing feelings. Though Cooper’s been sober for years, Rivers can’t imagine trusting her heart to someone in recovery, and he knows a relationship with her will only rip his family further apart. Distrust and guilt are only the first roadblocks they must overcome if they take a chance on love. 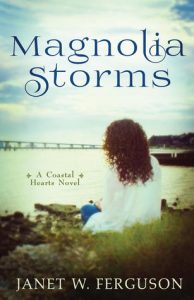 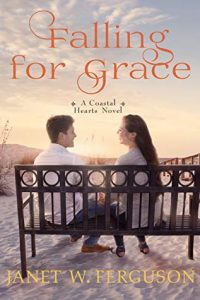 Thank you, Janet Ferguson for tackling such a difficult subject as addiction. It’s an epidemic in our society that has touch too many people, ruined too many lives, and continues to hurt those addicted and those who love the addict. Ferguson delves into the hardships, the cravings, and the brokenness that result when one is an addict. There’s not glossing over the truth in this book, which only makes it a more powerful read.

In The Art of Rivers, readers get all sides of the story. From Rivers Sullivan, whose life has been completely shattered by an addict, to Cooper Knight, who struggles every day, sometimes minute by minute to maintain his sobriety, and everything in between.

I loved that Rivers has a soft heart toward the people she meets at Re-Claimed and that, in the face of her fear, she had the courage to befriend some of them. Cooper is a good guy who doesn’t see himself that way, and I was pleased that he got some reconciliation near the end.

Now I want to know what’s happening with the rest of the group I met through Re-Claimed. And isn’t that the hallmark of a great book? That the characters become so real, you want to spend more time with them?