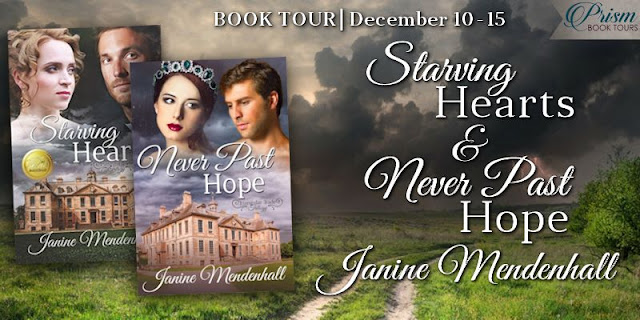 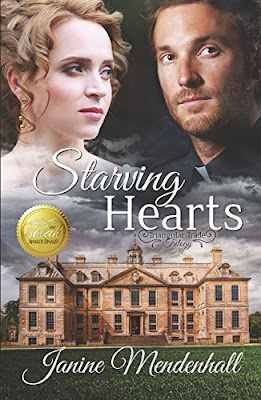 Plagued by nightmares, Annette yearns to find her anonymous rescuer — the man who saved her life from a near deadly assault. Deep inside she is starving for companionship and a mutually respectful relationship. When Mr. Peter Adsley, an abolitionist pastor dealing with his own emotional baggage, agrees to a clandestine meeting, the event appears providential. But self-doubt, deception, and the schemes of a mutual enemy threaten to keep the pair apart. A phantom adversary will stop at nothing to win Annette’s dowry for himself, even if it means killing Peter.

“Not only is this a delightful regency romance but it is also suspense filled mystery of the very best kind.” – Amazon Review

“The author did a great job, maybe too great a job, describing the slave scenes. Spine tingling and suspenseful. I was biting my nails throughout much of this book.” – Amazon Review 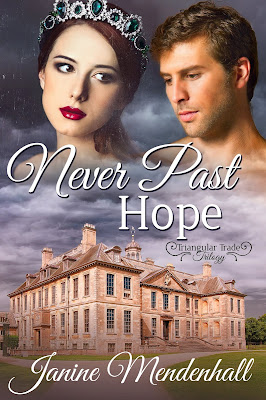 Miss Mary Hope Adsley always considered herself to be the sensible one. But now, her sensibilities are unraveling around a man she thought she knew. After he attempted to marry her best friend—for money, no less—authorities charge Sir Steven Likebridge with masquerading as a gentleman and abduction. With his execution days away, Mary Hope desperately seeks to learn the truth about the man she loves.

Will the truth turn out to be worse than his lies?

“I thoroughly enjoyed this clean, historical fiction. . . enjoyed most that it is not the usual presentation of a regency novel.” – Amazon Review

“A lovely story that shows how despicable each of us can be and yet God not only still loves us, but He was willing to die for us.” – Amazon Review

Argument between Annette and her mother regarding chaperon/arranged marriage

“No.” Mother turned and rubbed her chin, deep in thought. Calculating? What was she thinking? Planting her fists firmly on her waist, Mother returned with a fierce gaze. “My decision remains unchanged. No chaperon, no ball. And do not ask again. You know what could happen.”

“But Miss Haack will be there, as will you and Uncle and Aunt. Please, Mother, with everyone present, I thought I—”

“—Could find that extraordinary being you described some weeks ago? The charitable gentleman, who will overlook your faults and rescue you from the prison in which you believe you live?” Annette blinked and swallowed hard.

“What makes you think he would have you? You are hideously opinionated, and you’ve an unnatural appetite for knowledge no respectable lady has any right to indulge. Heaven forgive me for allowing your father to educate you like a son. No man will abide your opinions. The fact you have them is a detriment.”

“Unreasonable? You know nothing of the word.” Mother’s eyes flickered, then she gazed out the window. “Your father is all mercy and kindness.”

“Hold your tongue and listen.” She snapped back from the mysterious lapse. “What you need is to come to your senses regarding a Season and finding a good match.”

“You mean allowing myself to be auctioned off to the highest bidder?”

“Would the metaphor of a breeding mare suit better?” Annette shuddered inside. Had she really said that?

Closing the door—though Annette would rather have slammed it—she exited in time to wipe the single tear trickling down her cheek. She leaned against the wall, closed her eyes, and clenched her teeth.

Mother always twisted things. Insulting Annette with her own image of the ideal gentleman, a treasure Annette had revealed in confidence; and, insinuating she no longer cared for Lucy! Dreadful. And that while broaching the topic of marriage to . . . to that brute! How could she even speak of him?

Annette paused. What else could Mother have done? Ousting him was a necessity, a generosity rather. She might have had him arrested. But why speak of it now? Did she resent that action? Or worse, did she blame her own daughter for having to take it?

Nausea bubbled up from the pit of her stomach as his cold gray eyes materialized in her thoughts. The foul rake, she would sooner marry a highwayman or . . . or even a slave trader than allow herself to become attached to Sir Steven Likebridge.

Declining to squander another moment on either Mother or memories, Annette wiped her eyes on her sleeve and forced the nausea back down into its shadowy reservoir. She would find another way to speak with a proper gentleman about issues that truly mattered.

Annette started up the stairs. 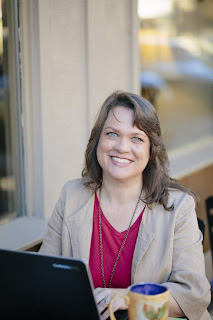 I love losing myself somewhere in time with Downton Abbey, Pride and Prejudice or a number of other classics like Jane Eyre and Redeeming Love. I cry over most things Nicholas Sparks (because they usually end sadly) and Amazing Grace, both the movie and the hymn, because they lead to the Ultimate happily ever after. 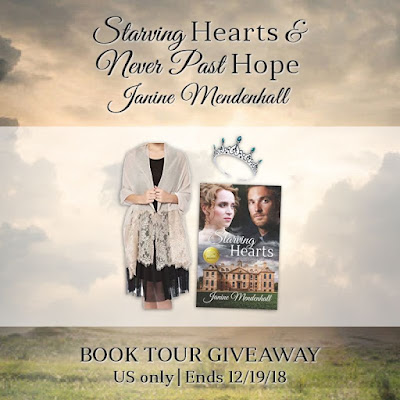 – 1 winner will receive an Emerald Crown (picture is an example, may not be the same crown), Evening Khaki Lace Wrap, and a print copy of Starving Hearts
– US only
– Ends December 19, 2018