I’ve not ever been one of those readers who has to have an entire series before I start the first page of book one. Neither do I mind jumping into the middle of a series. Sometimes it can be tricky when the main character is the same throughout the series, though. But in Susie Finkbeiner’s newest Pearl Spence novel, A Song of Home, I had no problem keeping up with what was going on in the story. Although, I will admit the first two books in this series are now on my ever-growing TBR list!

With an eleven-year-old narrator who is finding her way during a tumultuous time, A Song of Home hits all the right notes.

Pearl’s life isn’t perfect—she’s left her beloved Oklahoma behind and her mother has left—but the young lady strives to show kindness where she can. Her young heart feels deeply for those she sees struggling around her—the girl in school who has so little, the young woman who has darker skin than most who cares for Pearl and her friend Ray, even the mother who chose to leave her behind. 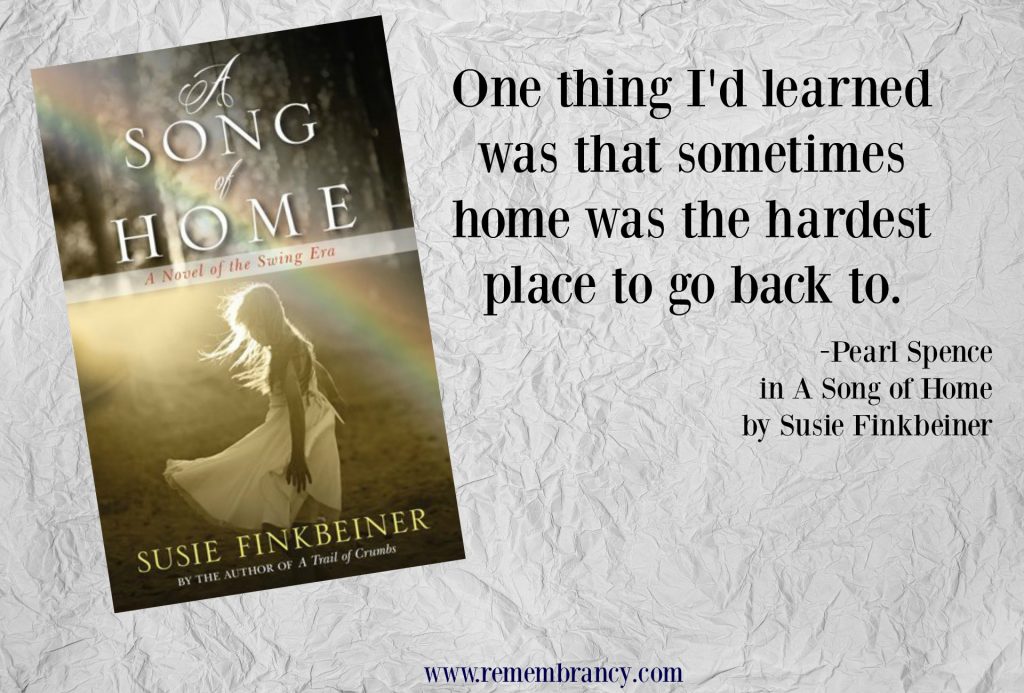 When Pearl’s mama returns with a shocking revelation, yet doesn’t seem to know how to communicate with them, the family must find new footing.
This book touches on several difficult issues—ones that were relevant in the mid-1930s as well as today. Racism, prejudices, unfaithfulness, and depression all have roles in this story, but the overall theme is that the people who make up your home (whether family or friends) are the ones who will always be there for you when you need them most. 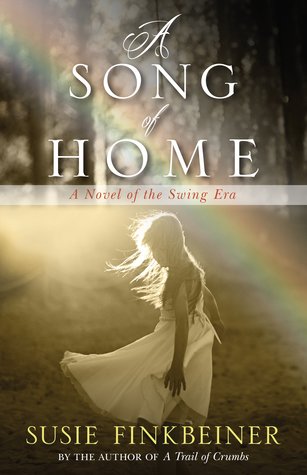 Pearl Spence has finally settled into a routine in Bliss, Michigan, far from her home in Red River, Oklahoma. Like all the other kids, she goes to school each day, plays in the woods, and does her chores. But there’s one big difference: Mama is still gone, and doesn’t seem to have a thought for the family she’s left behind.

Escaping from her worries is another part of Pearl’s new routine, whether that’s running to Aunt Carrie’s farm, listening to the radio with Ray, or losing herself in a book. In fact, a chair in the stacks, surrounded by books, might be her favorite place on earth–until she discovers swing dancing. The music transports Pearl to a whole other world.

When Mama unexpectedly returns, it isn’t the happy occasion Pearl had imagined. Mama is distant and Pearl can’t figure out how to please her. And the horrible way she treats Daddy is more than Pearl can bear. Seems life would be better if Mama would just stay away.

Finkbeiner’s portrayal of both tragedy and everyday life in times of great change is charged with a raw beauty that will haunt readers. Fans of the two prior Pearl Spence novels won’t be disappointed!