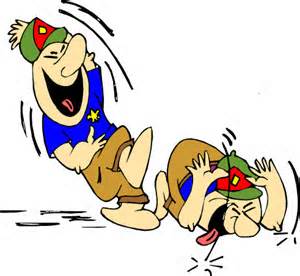 I don’t know about the rest of you, but I am grateful for this weekend. After a busy weekend last week and an even crazier week, a nice, relaxing weekend to read, write, and edit is exactly what I need. And I’m sure I’ll get no complaints from Roxy who is lying next to me as I write up this blog.

A little over a year ago, I got a new roommate. Sally (name changed to protect the innocent) and I hit it off almost instantly. We go to movies, go out to eat, paint pottery together, have taking some hiking trips together, and in a couple of weeks, we’ll be taking our first camping excursion (which may result in some more Silly Saturday stories). Since Sally was fairly new to town (around six months as opposed to my sixteen years here), she signed up for some meet up groups to get to know some people. One of this groups, a singles group for people in their 40s, planned an excursion for dinner and a local art crawl. And I agreed to tag along.

We head to dinner at a local restaurant, which seems to have naturally broken up into their own little groups, and grab an empty table. Because it was a Friday night, and we’d both worked all day, we went ahead and ordered dinner, chatting with each other as we waited. No one in the group was inclined to come visit with us, but we were content in our own little world. Our food arrived, and we were eating when a woman finally came over and introduced herself. She had just moved to the area from California and was getting settled.

“Are you Catholic?” she asked.

Now being raised as a preacher’s kid and the church, and now living in the Bible belt, I didn’t get the meaning of this question. In my opinion, it was a rather odd thing to ask.

Yes, we had both ordered fish and chips that evening. Still a weird conversation but it dawned on me that there was something in the Catholic religion about eating fish a certain day of the week (or I may have totally made that up. I, by no means, pretend to know anything about Catholic tradition).

We visited for a while longer, another guy came over and introduced himself and then left (we have dubbed this guy Waldo because he seems to pop up all over town). Our friendly female visitor followed him.

So, I can admit to being totally oblivious a lot of the time, and it seems that this particular evening I was really zoned out. Sally pointed out our female visitor had no bra on. In my defense, the entire time we were talking, our visitor had been standing directly across from where Sally sat and I was to her side, but Sally insisted she’d been traumatized from her view.

After we finished eating and paid our bill, we decided the group didn’t look like they were in any hurry to leave the restaurant, so we decided to check out the art crawl on our own. The meet up group was kind of a bust, anyway. There wasn’t a whole lot of socializing going on (for us, anyway).

Proof of exactly how oblivious I was came when we entered the first building, a glass blowing place, and Sally mentioned two guys who kept watching us from another table. Yeah, I hadn’t even noticed and couldn’t even begin to guess who she was talking about. The art crawl was fun, we found a cute little bookstore that we still like to frequent every so often, and browsed a few of the small shops in downtown Franklin that were open. The meet up group, however, was deemed a bust.

When we got home and checked our email, there were a ton of “Great seeing everyone; can’t wait to do it again” messages from the members. And then we found out that the restaurant we ate at is known as a pickup place. Well, that explained a lot. Sally and I still laugh about our experiences with that group. And, alas, it was not the last weird encounter with a meet up group. One day, I’ll tell you about the Jane Eyre Experience.