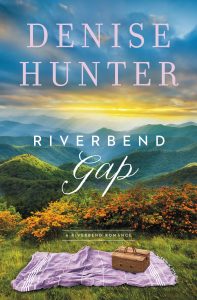 She came in search of the family she’d always wanted—and found the kind of love she’d never dared to imagine.

When Katelyn Loveland’s car veered off a winding Appalachian Mountain road, she thought she was done for. That is until local sheriff’s deputy, Cooper Robinson, came to her rescue. And though Katie narrowly escaped her brush with death, she still fell. Hard.

She wasn’t the only one. But soon Cooper learns that the woman he’s more attracted to than any he’s ever met is his brother’s new girlfriend—and therefore unquestionably off limits. Yet, despite his best efforts, Cooper and Katie can’t seem to avoid running into each other. Or ignore the undeniable chemistry between them.

As they grow closer, Katie shares the secrets of her past and the real reason she moved to their small North Carolina town. She also wins over Cooper’s welcoming and bighearted family. But they don’t know that her feelings for Cooper keep growing—all while she’s dating his brother. Soon the stakes of their emotional connection become higher than either of them could have imagined. Katie stands to lose the first family she’s ever had, and a scandal could doom Cooper’s campaign for sheriff’s office. Suddenly they find themselves on the precipice of another ledge—and forced to make a decision that could change their lives forever.

Does any reader really enjoy the love triangle trope? Especially when both the love interests are likable? In Riverbend Gap, Denise Hunter takes the love triangle a step further when she adds they dynamic of two of the three in the triangle being brothers.

There were parts of this book I really enjoyed. Cooper’s family is great, and I hope this series includes happy endings for each of the siblings. Katelyn’s upbringing will tug your heartstrings, especially seeing how she’s over come that. And the small town and education on those who attempt hiking the Appalachian Trail is interesting.

If you’re okay with love triangles (and to an extent, cheating) and enjoy a good romance with some drama thrown in, this book may be for you.