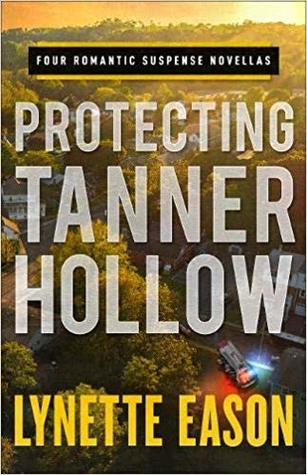 Four nail-biting novellas in one!

Lethal Homecoming
Nolan Tanner never got over Kallie Ainsworth’s sudden, unexplained departure. Now when he comes to her rescue after an attempt on her life, all the old feelings come rushing back.

Lethal Conspiracy
When professional fundraiser Lillian Maloney sees her father’s campaign manager commit murder, she goes on the run from the men he hires to kill her. A close call brings firefighter Jason Tanner to the rescue, but the killer is closing in . . .

Lethal Secrets
Someone wants Honor McBride dead. When Eli Murphy helps her change a flat tire and discovers the danger Honor is in, he longs to help–but Eli has secrets of his own that could get them all killed.

Lethal Agenda
When Detective Derek St. John rescues a woman he’s met only once before–and has never been able to forget–he finds himself falling for her. But he’ll have to keep Claire Montgomery alive if they’re to have a future together.

I’m a fan of novellas and when you get one author doing a collection of four that all tie together, it’s just icing on the cake!

In Protecting Tanner Hollow, Lynette Eason introduces readers to the small NC town and several of its residents. But this community seems to be a magnet for danger.

Three of the books in this collection were previously released as ebooks by Eason but the fourth story is brand new and conveniently wraps up the Blue Justice series with the last remaining St. John sibling visiting Tanner Hollow.

I really enjoyed how the books connected to each other and how a character introduced in one story becomes a lead in another one, giving this book a cohesiveness that is sometimes missing in a collection from multiple authors.