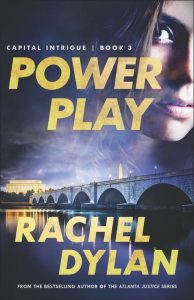 When State Department attorney Vivian Steele witnesses two ambassadors collapse as if poisoned at a diplomatic dinner in Washington, DC, she is recruited to be a member of a joint FBI task force assigned to investigate. But she soon finds her by-the-book ways clashing with a special agent in the Diplomatic Security Service, Jacob Cruz. A former Navy SEAL and in charge of the event’s security, Jacob takes the attack personally and is driven to act quickly, even ahead of the rules and regulations.

As Viv starts to work her diplomatic sources, her past as a State Department lawyer comes back to haunt her, and secrets held tightly by the government thrust her into a web of danger. Afraid, Viv turns to the one man bent on protecting others. But can she accept Jacob’s reckless ways as exactly what she needs to stay alive and to discover the truth behind the attacks? 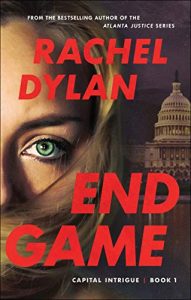 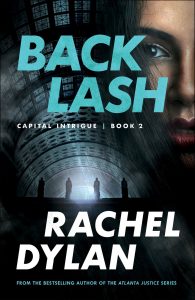 Power Play wraps up Rachel Dylan’s Capital Intrigue series with two murders at a diplomatic dinner and the investigations that ensue.

I appreciated where the investigations started and that we are introduced to the team right away because it made following the two investigations easier to keep track of throughout the book. Jacob and Vivien follow one trail while Delaney and Weston follow another.

Vivien is does not work for one of the government acronyms (CIA, FBI, ATF, etc). Even though she’s been involved with some of those agency operations, she is a state attorney whose job is to make sure no laws are broken during said operations. So when she’s thrown into an op, readers get an outsider’s view of what’s involved.

While I figured out one question in the plot almost immediately, it did not hinder my enjoyment of the book as I wanted to know the motives behind it. And with the second investigation keeping me guessing throughout, the read was entirely satisfying (especially when some familiar faces from the previous books in the series made it onto the page).