When this book first came across my notice for review, I was interested. The concept sounded intriguing. A little time travel, Victorian England, romance? I was sold! 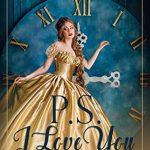 Cora Rey is a modern gal who is enjoying a vacation at Twickenham Manor after graduating with her master’s degree. But this trip was so much more than expected when she finds herself thrust back to Victorian England.

While it’s fairly obvious how the story is going to end, the road to the destination is filled with twists and turns. Cora and Simon are immediately attracted to each other but Cora knows she’s not staying. Living in the past has some perks (the wardrobes) but future knowledge can create some problems.

The friendship that develops between Simon and Cora is enjoyable, and believable when it blossoms to more. And the letters are wonderful.

Cora’s indecision starts to wear after a bit and I felt the thing that triggers confessions of love came a little too late in the story, almost as if it was added to increase word count. But overall, a fun read when you want something light and fluffy.

Jo Noelle puts readers in the midst of the gentry and their daily experiences as well as balls, hunting parties, dinners, and more. 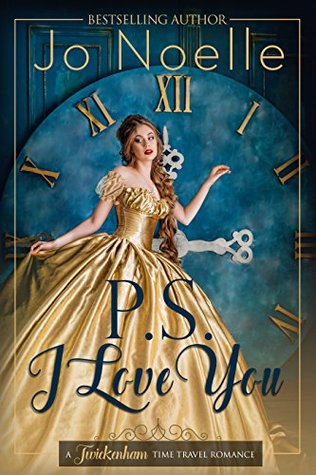 Cora Rey wanted a fresh start in life, but being thrown back in time to 1850 isn’t how she expected to do that. She discovers that Victorian England isn’t the pleasant social whirl Jane Austen led her to believe, but when in Rome—or in this case Twickenham . . . She’s determined to have the vacation of a lifetime, especially in the company of a certain duke.

Simon Tuttle never expected to become the Duke of Hertfordshire, never wanted it, but now he is, and eligible women seeking a title consider him the next trophy to be taken in the marriage mart. A union of convenience is the most he hopes for due to the shame-filled secret he bears—until he meets Cora. Now, he imagines that a love match could be possible after all. Hiding his secret from society has been easy—hiding it from Cora proves impossible. Can Cora love a man like him despite learning the truth?

This delightful romance is a little Regency, a little contemporary, and a lot Victorian.
Books > Romance > Clean & Wholesome