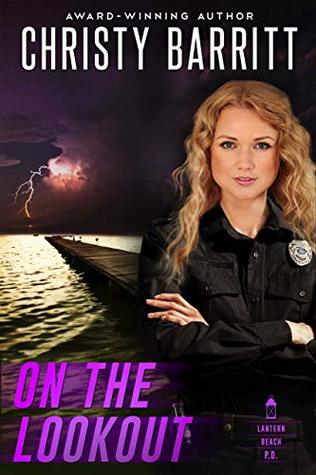 Cassidy and Ty are back in an all-new Lantern Beach series that will leave readers wanting more . . .

A runaway woman. A dead body. A mysterious compound.

When Cassidy Chambers accepted the job as police chief on Lantern Beach, she knew the island had its secrets. But a suspicious death with potentially far-reaching implications will test all her skills—and threaten to reveal her true identity.

Cassidy enlists the help of her husband, former Navy SEAL Ty Chambers. As they dig for answers, both uncover parts of their pasts that are best left buried. Not everything is as it seems, and they must figure out if their John Doe is connected to the secretive group that has moved onto the island.

As facts materialize, danger on the island grows. Can Cassidy and Ty discover the truth about the shadowy crimes in their cozy community? Or has darkness permanently invaded their beloved Lantern Beach?

***On the Lookout is the first book in the new Lantern Beach P.D. series. Each novel contains a standalone mystery, but several overarching mysteries stretch throughout the entire series.***

Readers met Cassidy and learned all about her own story in the Lantern Beach series. Now, Cassidy is married and the new police chief in the place she found refuge.

Another mystery has arrived in this little beach town along with a dead body. As Cassidy investigates, she is led to a group of people living in isolation from the rest of the citizens. Through some unexpected revelations and some personal secrets from the past, she and Ty try to discover the truth.

I like that Christy Barritt is continuing to write books set in Lantern Beach so I don’t have to let go of these fictional friends yet and love handing out with Cassidy and Ty as they are navigating a new marriage, a new job, and Ty’s dream of opening a place for veterans. There are enough strings left dangling that I’m ready to dive right into the next book in the Lantern Beach PD series.

I obtained this book through Amazon’s Kindle Unlimited program. All opinions are my own.